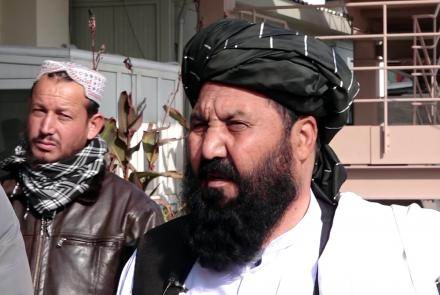 KABUL (TOLOnews): A delegation of the Islamic Emirate traveled to Iran on Saturday to attend a “quadrilateral meeting” on Afghan refugees.
The meeting will be attended by delegations from Afghanistan, Pakistan, Iran and the UN High Commissioner for Refugees (UNHCR).
The delegation of the Islamic Emirate is led by the deputy Minister of Refugees and Repatriation, Abdul Rahman Rashid.
“We will sign agreements with Iran and Pakistan, where our Afghans are based, so the problems of Afghan refugees will be solved and that they return to the country voluntarily,” he said.
Afghan refugees living in regional countries expressed frustration over their situation, saying that they are facing severe difficulties.
“Those refugees who come here illegally, they are facing inappropriate treatment by the countries’ military,” said Ahmad Faisal Nizami, an Afghan refugee.
“The Iran government has ensured very strict measures. The military of this country opens fire on Afghan refugees,” said Wahidullah Amini, an Afghan refugee.
This comes as some people complain over the economic hardship in the country, saying that they are obliged to leave the country to make ends meet.
“I want to go to Iran for work because there is no work in Afghanistan,” said Mohammad Sabir, a resident of Kabul.
The owner of one of the transportation companies, Naseer Ahmad Arghandab, said that more than 500 people are traveling abroad by land each day.
“Whenever the borders are opened, then at least 500 people are going to Iran on daily basis,” said Naseer Ahmad Arghandab, the owner of one of the transportation companies.
According to the numbers of the Refugees Ministry, more than six million Afghans are living in Iran and Pakistan.