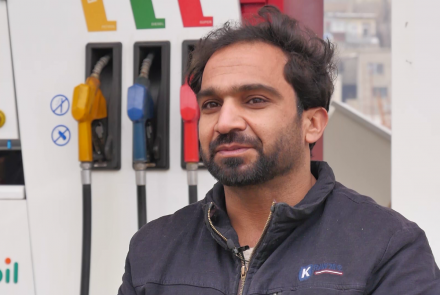 KABUL (Tolo News): A number of Kabul residents on Sunday complained over the rise in fuel and had prices.

They said that fuel prices have been controlled around the world, but they are still on the rise in Kabul.

They called on the Islamic Emirate to make efforts to reduce the prices.

“They should pay attention to the prices. The price of one liter petrol is 75 Afs,” said Mohammad Salem, a resident of Kabul.

“Our people are so poor. Should they work all day long to feed their children or work for traders to afford fuel expenses because the income is not that much,” said Zaki, a resident of Kabul.

The Ministry of Industry and Commerce said thTh fuel and gas will be imported from Russia soon, which will help with reduction in the prices.

A spokesman for the MoIC, Akhundzada Abdul Salam, said that 1 million tons of petrol, 1 million ton diesel and 500,000 tons of liquid gas will be imported from Russia based on the contract between Kabul and Moscow.

“We have also noticed that the prices have increased but we are trying to reduce the prices. The imports of fuel and gas is on the way. Some of it has already entered the Afghanistan’s ports from Turkmenistan and Iran,” he said.

The Afghanistan Chamber of Industry and Mines (ACIM) called for investment in oil wells in Afghanistan.

“We import 2.5 million tons to 3 million tons of fuel to the country. If the investment is taken place in oil wells, it can also meet the demands of the country and can improve the country’s economy.

This comes as the Islamic Emirate recently signed a contract for the Amu Darya oil project with a Chinese company, CPEIC.