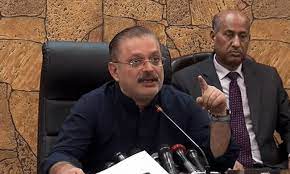 ‘This clearly indicates the fake mandate of PTI in the 2018 general elections,’ he added. He said that a person had been selected as Member of Sindh Assembly in 2018 who couldn’t have won the Union Council.