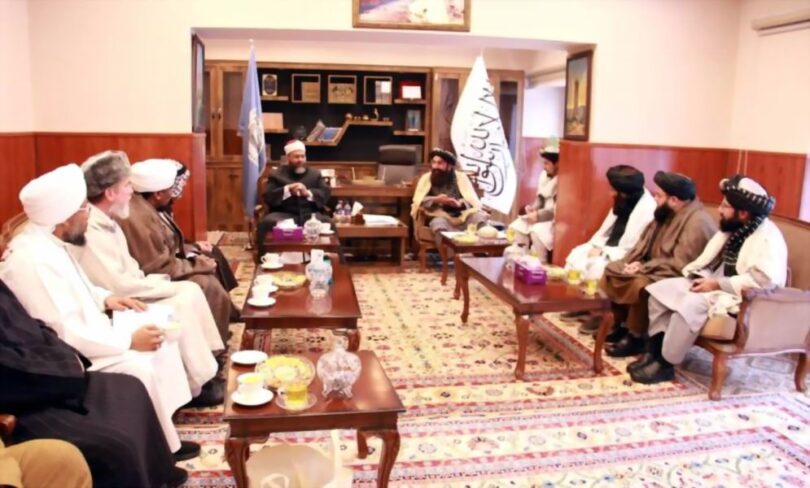 KABUL (Agencies): The Acting Information and Culture Minister of Afghanistan, Mullah Khairullah Khair Khah, met with scholars of Sudan, Egypt, Palestine and Libya.
Minister Khairkhah said during a meeting with scholars that the Islamic Emirate not only asks for good advice and progress for Afghanistan, but also for the entire Muslim Ummah and the world.
“Our goal is to implement the Sharia, and we want to help our Muslim countrymen and citizens to have a good Islamic life,” Khairkhah added.
The leading scholars of the Islamic world, praised the 20-year jihad and struggle of the Islamic Emirate of Afghanistan, hailed the Afghans on this great victory, and attributed this victory to the whole Islamic world called it a victory.
They said that they have traveled to describe the Islamic system in our countries in a better way under the influence of you.
The delegation of the leading scholars of the Islamic world praised the unity of the Muslims of the world, adding that they are ready to cooperate with Afghanistan in various scientific and cultural sectors.
The leading delegation included scholars and elders from the countries of Sudan, Egypt, Palestine and Libya.