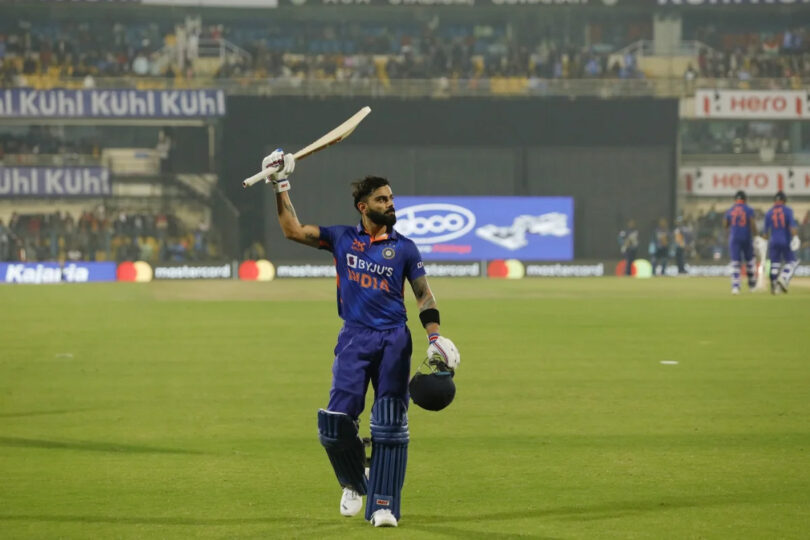 Sri Lanka replied gamely, Pathum Nissanka, Dhananjaya de Silva, and Dasun Shanaka producing half-decent innings. But India had set a monster target of 374. And when Sri Lanka slipped to 23 for 2 then 64 for 3 against some excellent India seam bowling, the chase took on a permanently-doomed quality. Still, Sri Lanka didn’t fold cheaply – they pushed to 306 for 8 – Shanaka completing a second ODI hundred in the final over.

Between them, India’s seamers took seven wickets, Umran Malik claiming the most, with 3 for 57. It was the hosts’ top three that defined the contours of this game, however. Gill smote 70 off 60, Rohit 83 off 67, and Kohli’s 113 off 87 was imperious for the most part. There were contributions from the likes of Shreyas Iyer and KL Rahul as well, who did not allow the run-rate to flag in the middle overs.

There were times at which India seemed like they could push for 400, but Sri Lanka’s bowlers didn’t fall apart completely – Kasun Rajitha (who took three wickets), and Chamika Karunaratne bowling decently at the death. Everyone’s figures were still a mess of course – Rajitha going for 88 from his 10, his opening partner Dilshan Madushanka going at over seven an over. It was not a particularly kind pitch for spinners. On top of which the outfield was rapid.

By the end of the fifth, Gill had raced to 25 off 17, but then Rohit took over. In one particularly disheartening sequence for Sri Lanka, he walloped Rajitha for two sixes and a four – all using his famed pull shot, one of those sixes coming after he had charged the bowler. His was an increasingly dismissive innings.

They raced to their fiftes, the spreading of the field and the arrival of serious spin barely tempering the pair’s scoring rate. The partnership was not without a little luck – both batters could have been out in their 40s, had the standing umpire given them out lbw (the reviews were denied because of umpire’s call).

Kohli had some luck too, dropped once on 52, and another time on 81, Rajitha the bowler on both occasions. Otherwise, he blazed his way through the middle overs. He charged Shanaka to pound him through mid-on to fetch his first boundary, was brutal on errors of length from the spinners, and was strong down the ground against the quicks.

He got to his half-century with a six over wide mid-on off Dhananjaya de Silva, having come down the track. By this stage, with roughly 35 overs bowled, he and Rahul were deep into a partnership that reaped 90 off 70 balls. Kohli scored especially heavily in the arc between mid-on and midwicket, but had shots everywhere, of course. When he got to his hundred off his 80th ball, India were already pushing 350.

Thanks partly to Kohli not quite exploding in the death as he would have wished, however, India made only 70 runs in their last nine overs. At 303 for 3 after 41 overs, a total of 400 was conceivable.

Despite Nissanka’s fetching offside boundaries in the Powerplay, Sri Lanka’s start was dismal. They never had the measure of this ultra-steep chase. Mohammed Siraj removed Avishka Fernando for 5, before bowling Kusal Mendis off the inside edge in his next over. India had been 75 for 0 at the end of the first powerplay. Sri Lanka were 38 for 2, their required rate already more than eight an over. When Charith Asalanka failed to review a wrong caught behind decision against Malik in the 14th over, Sri Lanka’s chances of winning seemed infinitesimal.(CRICINFO)