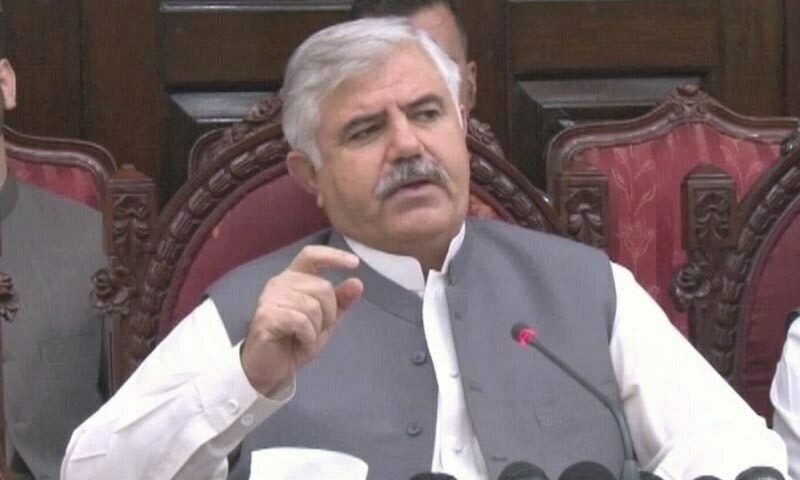 F.P. Report
MARDAN: Chief Minister Khyber Pakhtunkhwa Mahmood Khan visited district Mardan where he inaugurated recently completed developmental projects and performed the groundbreaking for various others.
The Chief Minister formally inaugurated Bacha Khan Medical College which has been completed at a cost of Rs 1.84 Billion. 1250 students are currently enrolled in the college.
Similarly, the chief minister inaugurated the newly completed mega park “Zamung Park” in District Mardan which has been completed at a total cost of Rs 400 million. Zamung Park has been established over an area of 400 kanals of land and has multiple recreational facilities including Water Slides, Children Play Area, Electronic Dinosaur etc.
Addressing the inaugural ceremony of the projects, the Chief Minister said that his government believes in investment on human capital and is taking pragmatic steps towards this effect. However, the imported federal government has gone all out in its futile attempts to sabotage the ongoing development process in the province, Mahmood Khan added.
“No matter how hard the imported rulers try, they will never succeed in their nefarious ambitions” the Chief Minister said and made it clear that PTI will form government with overwhelming majority in the upcoming general elections.
The chief minister on the occasion formally laid the foundation stone of the project regarding rehabilitation of existing sewerage system and establishment of a new Sewage Treatment Plant in district Mardan which would be completed at an estimated cost of Rs 8.3 Billion. He also performed the groundbreaking of a mega project regarding establishment of Integrated Solid Waste Management System with an estimated cost of Rs 3.8 Billion. Both the projects are being implemented under the Khyber Pakhtunkhwa Cities Improvement Project (KP-CIP) which is aimed at streamlining the municipal services in major cities of the province.
Moreover, the chief minister laid the foundation stone for dualization of 19 Km long road from Katlang main bazar to Chungi, which will incur a cost of Rs 3.3 billion.
The Chief Minister said KP-CIP is a fully funded project under which a number of sub-projects have been launched in the divisional headquarters. He said that the KP-CIP on completion will change the overall look of the major cities of the province.
The chief minister maintained that the provincial government is making direct investment in the human capital through its people friendly projects like health card, kisan card and education card.
Criticizing the indifferent attitude of the incumbent imported government at the center, the chief minister maintained that every possible effort is being made to sabotage the development process in Khyber Pakhtunkhwa. The budgeted share of the province is being withheld. He said that the arrears of Khyber Pakhtunkhwa with center have reached Rs 189 Billion as of December.
Speaking with media persons, the Chief Minister said that developmental projects worth Rs 43 Billion have been reflected in the provincial annual development program for district Mardan. He said that the provincial government has planned sustainable development model keeping in view the needs and requirements of various districts.