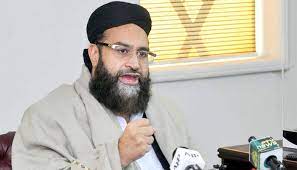 Expressing gratitude to UAE President Mohammed bin Zayed Al Nahyan, Hafiz Ashrafi told APP that the UAE had helped Pakistan in the trying time by not only rolling over the existing loan of $2 billion, but providing additional $1 billion.

Ashrafi, who is also the Chairman of Pakistan Ulema Council, said the generous support would further cement the bilateral relations between the two brotherly countries. He said the recent visit of Prime Minister Muhammad Shehbaz Sharif to the UAE would open new avenues of cooperation in the fields of trade, investment and energy.

He also lauded Saudi Crown Prince Muhammad bin Salman for coming to Pakistan’s help in the critical economic situation. Citing the statement of Saudi Crown Prince for increasing the Kingdom’s assistance and investment in Pakistan, he said it was explicit evidence of exclusive diplomatic and religious affinity between Pakistan and the KSA.

The special assistant said as per reports the Saudi Fund for Development would conduct a study on increasing the deposit amount with State Bank of Pakistan to $5 billion from $3 billion and it would also assess the options to enhance its investments in Pakistan to $10 billion. He also thanked the international donors, including the KSA and the UAE, for committing over $9 billion to help Pakistan recover from the ravages of massive floods and exceeding its external financing goals at a Geneva meeting co-hosted by the United Nations and the Government of Pakistan.

This generous aid for rehabilitation and reconstruction and other climate change-related damages would help flood-affected populations recover and rebuild infrastructure, he maintained.

Ashrafi also appreciated the efforts of Prime Minister Muhammad Shehbaz Sharif and Foreign Minister Bilawal Bhutto Zardari for drawing the world’s attention towards the massive loss of life and property caused by the recent floods in Pakistan.

On the recent visit of Chief of Army Staff General Syed Asim Munir, he said it was a good omen that the new army chief paid his first visit to the holy land where he was accorded a warm welcome.

“We should be proud of our military leadership. He may bring big investment in the country, which will help it come out of the recent financial crisis.” (APP)