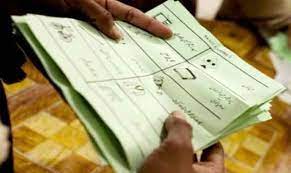 The local bodies’ elections had always been a matter of concern for all political parties due to their vested interests regarding their vote bank and influence in electoral constituencies at the grassroots level. The local bodies form a breeding ground for political groups and each party intends to instate its workers in lucrative positions so both party and leaders improve their image through public work by using public money during their term in office. Awfully, no political party in the center and provinces ever voiced in favor of such a local body mechanism that empowered the masses and fulfilled their needs satisfactorily rather than all political clots always upheld their party interests through primeval tools and feudalistic arrangements. After the 18th amendment, the local bodies became a provincial subject and currently all federating units have varying local government systems which suit the needs of the party ruling in the provinces.

Karachi being a mega city, an industrial and commercial hub in the country had always been a battleground for the competing political groups. All combatant political groups including PPP, MQM, JI, and PTI have plans to politically conquer mini Pakistan while diverging avenues, conflicting game rules, and varied ethnic and linguistic groups constitute their power those do not come in one basket to pave their way for the slot of Karachi Mayer. Different parties have diverse priorities some wanted polls on the old voters’ list, others wanted new constituencies and some advocated the use of Electronic Voting Machines (EVMs), etc. All groups desire authority, no one wants to sit on opposition benches and everyone aims to achieve this goal by foul play, political pressure, agitations, and the court’s verdict thus political process has come to a halt and people are suffering from the selfishness of their leaders.

Presently, MQM pleading postponement of LG elections in Karachi while quoting incorrect voters list, earlier it rejected the recent delimitation in the city. The PPP government in Sindh demanded a halt to LG polls quoting its no preparation and nonavailability of troops for the security of LG elections. At the same time, the Federal government also expressed its inability to provide security troops for the Karachi elections because of the LEAs’ engagement in flood relief activities. Interestingly, the ruling PPP government has blocked the Local bodies election in Karachi for the consecutive fourth time while the coalition government in the center also backed PPP’s stance by refusing the provision of security personnel on the mere excuse of relief work that has already been completed across the country.

All above are lame excuses for the Political elite, which has utterly politicized the local institutions and ruined the district administration. In fact, local bodies must be free from poisonous politics and should purely work for the provision of basics to the public, while political parties must contest elections on their economic and national agendas instead of street renovations and sanitation work, so the country gets out of the prevailing political dogfight and moves toward political stability and economic prosperity in the future.