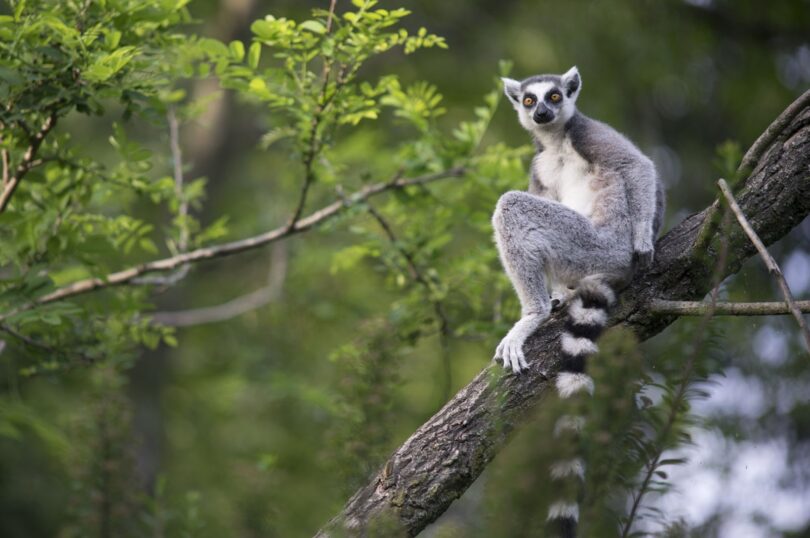 PARIS (AFP): The biodiversity crisis in Madagascar and the damage it could create with the island’s mammals, including unique species like the lemur, threatened with the risk of extinction, would take more than 20 million years to heal, scientists warned.

The southern Indian Ocean island has been cut off from the African continent for over 80 million years – a separation that has developed an extraordinary array of plants and animals, many of which cannot be found anywhere else on Earth.

However, after humans settled on the island about 2,500 years ago, many species, such as giant lemurs, elephant birds, and dwarf hippos, started to disappear, and some 30 mammal species are already extinct.

In a study published in Nature Communications, paleontologists from Europe, Madagascar, and the United States analyzed how long it would take for mammal diversity on the large island nation to recover to pre-human levels.

If the losses were stopped now, it would take three million years for nature to recover with the emergence of similar complex mammal species to replace the ones already lost, they found.

But if the 128 mammals currently listed as endangered were also to go extinct, that recovery time would dramatically increase to 23 million years.

“If the endemic fauna and flora of Madagascar go extinct, there will be a collapse of ecosystems on the island,” study co-author Luis Lima Valente, senior researcher at the Naturalis Biodiversity Center in the Netherlands.

“This will have dramatic implications for human livelihoods in the region, leading to starvation and mass emigration.”

Madagascar is a biodiversity hotspot, meaning it has a large population of species that cannot be found anywhere else.

The researchers were surprised to see that Madagascar would take less time to return to pre-human diversity relative to other islands, attributing this resilience to the fact that human-caused extinctions started relatively recently.

But its high levels of biodiversity mean that if the extinctions continue, Madagascar will take much longer than other islands to recover.

“Biodiversity hotspots harbor a large concentration of threatened species – they are not necessarily more vulnerable than other regions, but are places of special concern because there is more diversity to lose in them than in other parts of the globe,” Valente told Agence France-Presse (AFP).

The island also serves as an essential measure of human impacts.

According to the study, the main drivers of biodiversity loss in Madagascar include land use conversion for agriculture, habitat degradation, invasive species, climate change, and hunting.

According to an assessment by the International Union for Conservation of Nature (IUCN) in 2020, over 100 Madagascar lemur species are threatened, while about 40% of the island’s original forest cover was lost between the 1950s and 2000.

“Even isolated/inaccessible and relatively large patches of forest on Madagascar are starting to experience the influence of habitat destruction and climate change,” said Valente.

To calculate how long it would take for the same number of extinct or threatened species to evolve again, researchers looked at evolutionary return time – or the time it would take for species in a region to return to a given level of diversity.

Valente said this “gives us a temporal perspective on the impact of humans – it shows that our actions have implications for temporal scales that are hard to even imagine. At the same time, this shows that if we act now to protect species we can save millions of years of evolution. That is an impactful message to give.”