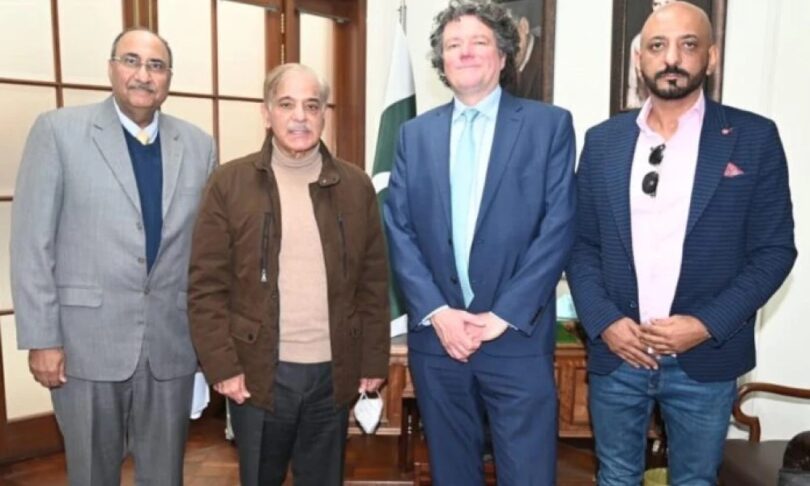 Prime Minister Muhammad Shehbaz Sharif on Saturday said that the government attached high importance to the freedom of the press and media for transparency and accountability. During a meeting with a delegation of the German Press Federation, the Premier directed the authorities to speed up their joint work with the German government for training and capacity building of the reporters and media industry.

Press and media are generally considered to be the fourth pillar of the state and usually play the role of a watchdog to ensure accountability and transparency in governmental affairs. Interestingly, the perception of media among the entire political spectrum had always been different for the opposition and the treasury, as it deems fit to their politics. Journalists had been assigned by the nature to act as whistleblowers, work as auditors, and plays as referee and judge in society, which usually does not suit too many and mediamen always face threats from the government, as well as from the anti-social elements including criminals, terrorist organizations, feudals, and warlord cum politicians.

Historically, Pakistan has always been an unsafe place for journalists and scholars since its very existence as and when they opined contrary to the policies and interests of the rulers or tried to figure out the truth concealed behind the power corridors. While some times states institutions considered unbiased reporting against the core values and interests of the nation and imposed restrictions on freedom of the press. According to a recent report by the government, about 42 journalists were murdered by unknown assassins in the last four years across the country, whereas countless had been harassed, reprimanded, and prosecuted by the government and its institutions.

The successive governments have framed multiple pieces of legislation to support the freedom of the press, the safety of the journalist, and enhance media access to public information but no such law has ever been upheld by the public representatives, and news channels and reporters always received a backlash from the rulers, while every other leader intends to expand PECA and empower PEMRA to squeeze space for journalism. Political governments should promote civil liberties and media freedoms at all times while keeping asides their trivial differences and insignificant gains because political season never remains the same and benches reshuffle in no time, so sober diplomacy strengthens democracy and endures in long run, otherwise each belligerent finally comes to negotiation.