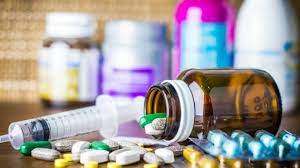 ISLAMABAD: The import of medicinal products witnessed a decline of 66.70 percent during the first four months of the current fiscal year (2022-23) as compared to the corresponding period of last year.

In terms of quantity, however, medicinal imports witnessed a surge of 46.06 percent, as the country imported 13,619 metric tonnes of medicinal products during the months under review as compared to the imports of 9,324 metric tonnes last year.