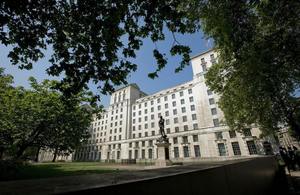 LONDON: The Ministry of Defence has today established an independent statutory inquiry to investigate and report on allegations of wrongdoing by the British Armed Forces in relation to their conduct of deliberate detention operations in Afghanistan. The inquiry will investigate alleged activity during the period mid-2010 to mid-2013.

The inquiry will also look at the adequacy of MOD’s response to those concerns and assess what lessons can be learned. This will take into account the progress that has already been made across defence in holding our Armed Forces personnel to account for their actions, and the handling of allegations that were later found to have insufficient evidence for any prosecutions.

The inquiry will be chaired by Lord Justice Haddon-Cave, a Senior Presiding Judge for England and Wales. Lord Justice Haddon-Cave has previous experience in defence, having been appointed by the then Secretary of State for Defence to conduct The Nimrod Review into broader issues surrounding the loss of the RAF Nimrod MR2 aircraft XV230 in Afghanistan in 2006.

Defence has made a number of changes in recent years when dealing with serious allegations of wrongdoing against our Armed Forces. Many of these are already in operation, including the creation of the Defence Serious Crime Unit.

While there have been several comprehensive investigations into the events in question, if there are further lessons to learn it is right that we consider those fully to ensure all allegations are handled appropriately and in equal measure to ensure our personnel are adequately protected from unnecessary reinvestigations.

Defence has worked hard to ensure the processes in place to maintain justice in the Armed Forces are effective, and allegations of criminal wrongdoing arising from any future operations are raised and investigated appropriately.

This includes implementing recommendations from the independent Henriques Review in 2020, led by former judge Sir Richard Henriques. The purpose of that review was to ensure that in relation to complex and serious allegations of wrongdoing against UK Armed Forces on overseas operations, the UK has the most up to date and future-proof framework, skills and processes in place, and that improvements can be made where necessary.

Approximately a third of the recommendations focused on the establishment of the Defence Serious Crime Unit, under a newly appointed Provost Marshal, which is now operational and will further strengthen the operational effectiveness of the service police and Service Justice System to deal with serious offences reported in defence.

MOD is committed to supporting its people. All members of the Armed Forces, including the Reserves and civilians, plus veterans, will be entitled to legal and welfare support where they face allegations that relate to actions taken during their employment or service, and where they were performing their duties.

Next steps for the inquiry will be detailed in due course.