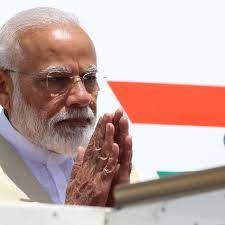 Pakistan has termed the new land lease rules introduced in Indian Illegally Occupied Jammu and Kashmir (IIOJK) by the Modi regime allowing non-Kashmiris to purchase agricultural land for commercial and other non-agricultural purposes as another manifestation of India’s colonial-settler mindset. According to the Foreign Office spokesperson, the occupying authorities introduced new land lease rules, depriving the local farmers, hoteliers, and businessmen of their long-held lands on lease and handing them to the Indian army and non-state settlers to systematically bulldoze the current demography as well as the economy of the disputed territory.

India has long been forcibly occupying Jammu and Kashmir over the past seven and a half decades and Kashmir is one of the longstanding unresolved disputes on the agenda of the UN Security Council (UNSC) so far. The Indian rulers themselves took the Kashmir issue to the United Nations and categorically acknowledged the need for a peaceful settlement of the issue by holding a plebiscite in the Jammu and Kashmir region under the UN’s supervision but later treacherously violated the UN resolutions on one or the other pretext. Ironically, the Modi-led BJP Hindutva regime has broken all records of its forerunners and resorted to entirely changing the dynamics of the Jammu and Kashmir issue by taking unilateral and unlawful actions on the ground as well as bringing changes in the Indian constitution and state charter. The Modi government revoked Article 370 and Section 35 of the Indian constitution in August 2019 to change the special status of Jammu and Kashmir which empowered the Modi government to allow Non-Kashmiris to get Kashmiri citizenry and property rights, change electoral constituencies and voters lists to ultimately change demography of the disputed territory through biased and pre-planned illegal ations.

Presently, India virtually has turned the strife-torn valley into a military garrison where all basic rights of the people have been usurped and the Modi government has intensified its atrocities, and human rights violations through ramped-up extrajudicial killings, arbitrary detentions and unprecedented curbs on print, electronic and social media over the past years. Hindu occupier regime is blatentently using all availalbe repressive measures to erase Kashmiri Muslims and turn them into minority on their own land to consolidate New Delhi colonial rule in illegally occupied region. The Kashmiri people had been waiting over the past decades that the United Nations and the global community will honor the UN resolutions by eventually holding free and fair plebiscite in the valley but their dream could not come true and hopes diminishid with every passing day.

In fact, India needs Kashmiri land instead of Kashmiri people to implement its hegemonic designs therefore Indian government and its security forces are inhumanely grabbing Kashmiri soil by force under the shadow of guns. On the other hand, Indian government remained successful in deceiving the United Nations and the global community on the pretext of resolving Kashmir dispute with Pakistan bilaterally while quoting 1972 agreement but always resisted bilateral dialogue with Pakistan on baseless assertions. Thus, the government of Pakistan must increase its pressure on India at the global forums t o fulfill its obligations under the UN charter regarding Kashmir issue until and unless New Delhi practically moves toward resolution of the dispute.