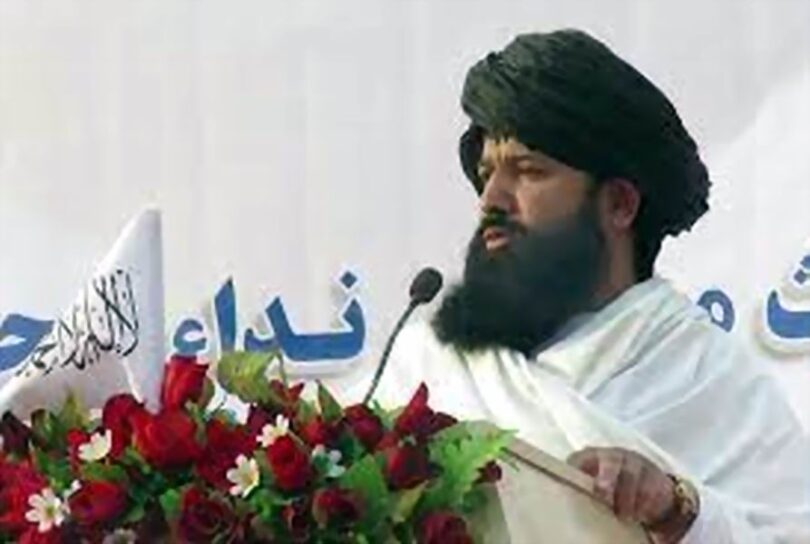 KABUL (Khaama Press): The Acting Minister of Higher Education Neda Mohammad Nadim said politicians outside the country have no right to provide consultations and views on Afghanistan’s reconstruction, according to sources.
Nadim’s remark came at a time a number of Afghan politicians have urged on country’s reconstructions under the Taliban leadership since last August.
“You have taken all the property of Afghanistan away with you and now you will build a building there (abroad),” he said, as TOLOnews quoted. “Who has given you the right to give advice about the reconstruction of Afghanistan?”
Addressing a gathering of lecturers in Kandahar, Nadim vowed that the issue in their payments would be addressed, adding efforts are underway to strengthen the university’s capacity.
“The problems in payments will be addressed. The issue in payments lecturers who are studying abroad has been solved,” he said.
Meanwhile, lecturers expressed happiness about the announcement on their payments, saying this will inspire all the lecturers to do better. “This is good news that teachers will be paid like in the past. This will have a positive impact on their activities,” said Shir Mohammad, a lecturer, as local media quoted.
“There should be master’s degree programs in government and private universities in Kandahar,” said Naqibullah Afghan, head of a private university in Kandahar.
The Afghan Ministry of Higher Education is the Government ministry that is in charge of regulating, expanding and developing Afghanistan’s institutions of higher education.
It is responsible for the training of teachers and for establishing a national higher education curriculum as well as special education programs, in-service training, and promoting further education for university faculty members.
It also develops partnerships with international universities, organizes seminars and conferences, ensures that residential accommodation is available for students and teachers of universities and provides expertise and training in accounting and management procedures and in computer literacy.
In August, the Ministery of Higher Education (MoHE) during press conference announced they have changed university curriculum, criticizing the previous one formed by the former government.
“The education curriculum which we had in the past was weak. It was not made in a format to compete with the world,” the acting Minister of MoHE told reporters at the press conference held to provide the annual report of the ministry’s activities, as TOLOnews reported.
According to then Minister Abdul Baqi Haqqani, the new curriculum increased certain subjects’ duration from one hour to three hours, including Saqafat subject that is an Islamic religious book.
He called for the international community to support Afghanistan in its education system, exclaiming it is their duty.
“This is the duty of the international community. When it doesn’t provide aid in several areas for Afghanistan, it must provide aid for education and higher education,” he said, as quoted by local media.
This came at a time girls schools from grade six and above remain suspended since March this year, as the Islamic Emirate announced its leadership are developing a new educational system that is in accordance with the Islamic law.