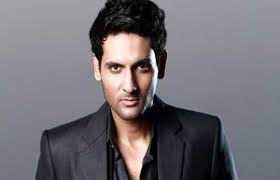 Actor Mohib Mirza finally opens up about his second marriage.

The actor recently made his appearance as a guest at Tabish Hashmi’s Show Hasna Mana Hai where he revealed that he is married. He further went on to say that his late father, in his last days, asked him to settle down in his lifetime. Therefore, he tied the knot.

Mohib also said that he admires the constitution of marriage and one should definitely do it when he/she finds their compatible partners. He thinks that one should never get married due to societal pressures.

Though, Mohib did not reveal many details about his spouse, but he did confirm his second marriage.

Previously, Mohib Mirza was married to actor Aamina Sheikh. The duo tied the knot in 2005. But their marriage didn’t work out and they respectably parted ways in 2018. The couple also has a daughter named Meissa Mirza who was born in 2015.