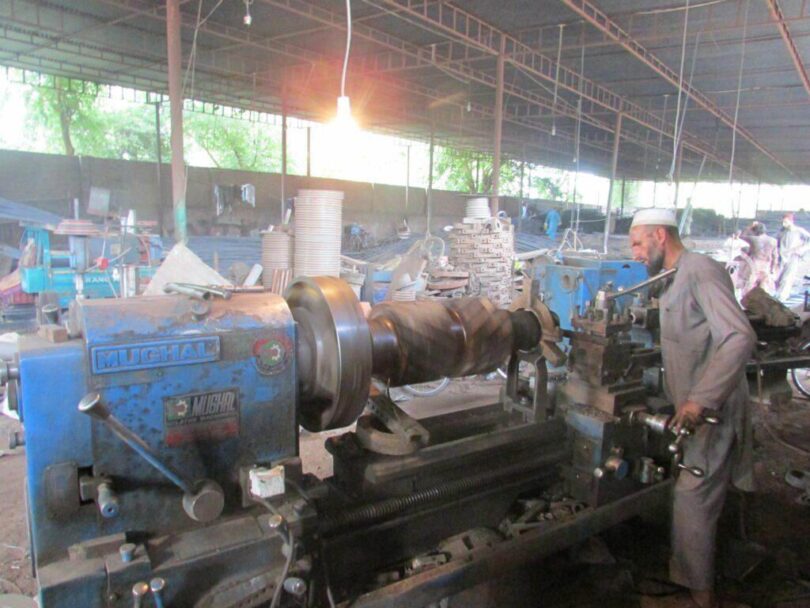 JALALABAD (Pajhwok): More than half of factories in this capital city of eastern Nangarhar province have been closed down due to power shortage, rendering more than 10,000 people jobless.
Factory owners and the Chamber of Industry and Mines of Nangarhar say the government should take serious measures to solve the problem of imported electricity as soon as possible.
According to the Chamber of Industry and Mines of Nangarhar, about 400 large and small factories exist in the province, some in Jalalabad city and dozens in Sheikh Misri Industrial Park.
The chamber’s president, Ajmal Shams, told Pajhwok Afghan News on Sunday that more than half of the factories had to be shut down due to frequent and protracted power outages.
He said large steel mills, talc processing factories, oil production and some other factories had been closed and small factories which heavily depended on electricity had also stopped their activities.
He said most of the factories which could not be run on generators had been closed. He said Jalalabad city was supplied one and a half hours electricity in 24 hours and the same was used by factories. “Small factories that work on generators can’t even meet their expenses because diesel is expensive.”
He said there were about 400 large and small factories in Nangarhar and 30 to 50 people worked in each factory but most of them were now jobless.
Shams said they had many times shared the issue with officials of the Department of Electricity, but they say Uzbekistan had reduced the amount of electricity it exported to Afghanistan.
The Talc Processing Factories Union in Nangarhar also says up to 100 factories have been closed due to the power outage and about 2,000 workers have become unemployed.
Mahfooz Ahmad Kakar, the spokesperson of the union, asked the government to solve the electricity problem as soon as possible.
Nabiullah, who owns an iron melting factory in Nangarhar, said after the increase in power outages, he had to close his factory.
Nangarhar Electricity Department officials did not talk to Pajhwok about the matter, but on the Facebook page of this agency it is written that due to a general problem in the electricity network, electricity is cut off to Jalalabad city, which has affected factories and ordinary residents. Electricity to the city is provided for one hour in 24 hours.
Officials of Da Afghanistan Barishna Shirkat say they have discussed with Uzbekistan officials the electricity problem and they have assured that the problem would be solved.
DABS spokesman Hikmatullah Maiwandi told Pajhwok Afghan News that senior DABS and government officials had taken up the issue with officials of Uzbekistan, who had assured that more electricity would be supplied to Afghanistan under the contract.