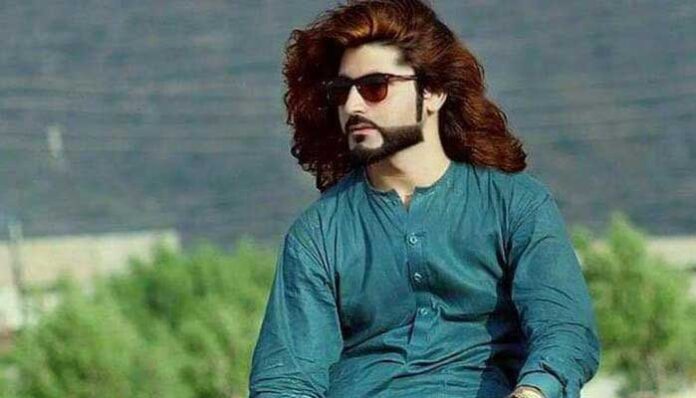 KARACHI (Agencies): The Anti-Terrorism Court (ATC) is likely to reserve its judgment in the Naqeebullah murder case as the defence wrapped up its arguments on Friday, while the prosecution was directed to present its final arguments.
Naqeebullah Mehsud, a young aspiring fashion model from Waziristan area of Khyber-Pakhtunkhwa, was killed on January 13, 2018 in Karachi during a fake encounter allegedly staged by then SSP Malir District Rao Anwar. Rao Anwar and others appeared before ATC No. 16 in Central Jail’s Anti-Terrorism Complex. Aamir Mansoob Advocate, the counsel for Anwar said that he wanted to draw the court’s attention to a very important matter.
The prosecution has not two but four eyewitnesses, named Muhammad Qasim, Hazrat Ali, Sharoob Khan, and Humayun, who have already recorded their statements. Naqeebullah, along with Qasim and Ali, were abducted from Agha Sher Hotel. The prosecution claims that Naqeebullah was abducted on January 4, while one of the eyewitnesses, named Humayun, said that the incident took place on January 3. Humayun also did not mention presence of Rao Anwar in his statement. The defence counsel pleaded before the court that due to this discrepancy, the case made by the prosecution must be rejected.
Advocate Aamir claimed that Naqeebullah, whose real name was Naseemullah, was a terrorist. Naqeebullah’s call data record shows he was present at Al-Asif Square, in Sohrab Goth, on January 4 till 4:30 am, while the prosecution claims that he was abducted on 2:30 am on January 4. “How is this even possible?” Some social workers said in their statements that local residents approached them to tell the whole story. The social activists told them that they would go the next day to secure their release.
“According to the statements of the two witnesses they were released on January 5, then whose release they would secure on January 6,” the defence lawyer said while raising a question. Anwar’s counsel said that the CDR proves that his client was neither at Agha Sher Hotel nor at the place where the “encounter” had taken place. When the prosecution did not get Naqeebullah’s CDR, how would they prove Anwar was present at the spot?
Advocate Aamir argued that as per the mobile phone locations his client entered Malir, Sector 3, at 2:41p.m. and Malir, Sector 2, at 3:24p.m. where the encounter had taken place, whereas as per the prosecution, the encounter happened between 3pm to 3:20pm. The exact location cannot be ascertained without a locator, he said. About another important prosecution witness, he submitted that Sharoob Khan said in his statement that he had become friends with Naqeebullah on Facebook. However, according to Sharoob’s statement, he does not know how to use Facebook because he does not have a smartphone and does not even have a Facebook account.