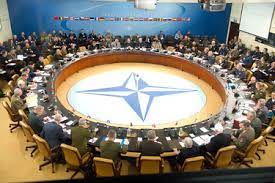 BRUSSELS: NATO’s highest Military Authority, the Military Committee, will meet in person on 18-19 January 2023, in Brussels, Belgium. Admiral Rob Bauer, Chair of the Military Committee, will preside over the meeting, which will be attended by the Allied Chiefs of Defence and their counterparts from Invitees Finland and Sweden. They will be supported by General Christopher Cavoli, Supreme Allied Commander Europe (SACEUR), and General Philippe Lavigne, Supreme Allied Commander Transformation (SACT), who will each lead a session.

The NATO Secretary General, Mr. Jens Stoltenberg will join the Military Committee for the first session to provide the latest political objectives and to discuss security challenges facing the Alliance.

Supreme Allied Commander Transformation, General Lavigne, will lead the second session of the day. It will focus on early observations from the ongoing war in Ukraine, and the acceleration of the implementation of the NATO Warfighting Capstone Concept and the Warfare Development Agenda. The Chiefs of Defence will discuss NATO’s military capacity and capability to defend the Alliance against all challenges, now and in the future. This will include a discussion on multi-domain operations, digital transformation and interoperability.

General Cavoli, Supreme Allied Commander Europe, will lead the third session of the day. He will provide an update on the Alliance’s implementation of the Concept for the Deterrence and Defence of the Euro-Atlantic Area. This ‘deter and defence strategy’ provides a common framework for military activity in peace, crisis, and conflict. It closely interlinks national plans with NATO military plans and takes into account threats and challenges specific to particular regions, domains, and functional areas.

The fourth session will be on NATO Readiness and Sustainment of military forces, in particular risks and mitigations. This session will centre on capability development, military stockpiles and logistics.

The first session of the second day will see the Chiefs of Defence meet with their Kosovo Force (KFOR) operational partners – Armenia, Austria, Finland, Ireland, Moldova, Sweden, Switzerland, and Ukraine. The discussions will concentrate on the situation on the ground, the security environment, and KFOR’s mission.

The Military Committee will then discuss NATO’s non-combat and capacity building Mission in Iraq with their operational partners Sweden, Finland and Australia. The Chiefs of Defence will discuss the Mission’s ongoing efforts to assist Iraq in promoting greater stability, building its security and defence institutions, and eradicating terrorism.