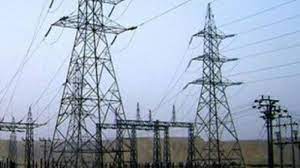 ISLAMABAD: National Electric Power Regulatory Authority (NEPRA) has approved a deduction of Rs0.32 in the per unit price of electricity in the context of the Distribution Company’s (DISCOs) monthly fuel adjustment for the month of October, on Saturday.

A notification in this regard has also been issued. As per the notification, CCPA-G has pleaded for Rs 0.25 cut in per unit price of electricity.

According to NEPRA, the authority conducted the public hearing on November 29, 2022, regarding Fuel Charge Adjustments (FCA). Earlier, Rs 0.8 FCA was charged from consumers for the month of September which was for just one month.

FCA for the month of October will be charged 40 percent less than that of September and it will be only applicable to bills for December.

It will be applicable to all consumers of DISCOs except lifeline, domestic consumers of less than 300 units, agricultural consumers and electric vehicle charging stations and consumers of K-electric.