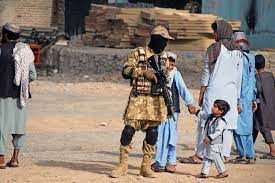 WASHINGTON: Human rights defenders in Afghanistan and those who have fled the country face ongoing threats including arbitrary arrest, kidnapping, torture, imprisonment, and violence against family members, according to a survey released today by the Afghanistan Human Rights Coordination Mechanism (AHRCM), a consortium facilitated by Freedom House, in collaboration with the Afghan Canadian Civil Society Forum (ACSF).

“The people of Afghanistan are experiencing a new level of lawlessness, as arbitrary arrests and extrajudicial killings have become a defining feature of Taliban rule,” said Michael J. Abramowitz, president of Freedom House. “Afghan human rights defenders live in fear and face grave challenges, whether they remain in the country or have fled abroad. The international community must redouble its support for these activists’ tireless efforts to create a freer and more just Afghanistan.”

“Human rights defenders need protection wherever they are,” said Anne C. Richard, Afghanistan coordination lead and distinguished fellow at Freedom House. “The immense risks faced by human rights defenders underscore the importance of upholding the right to seek asylum, including by strengthening refugee resettlement programs and not relying on temporary forms of relocation in unsafe countries for human rights defenders under threat. The international community—including the UN, regional and global donors, and the governments of countries hosting refugees—should do everything in its power to assist these brave champions of democratic values.”

Survey respondents in Afghanistan indicated that they and other human rights defenders face significant challenges, including intimidation and harassment (46.8 percent); threats to their life and physical safety (24.1 percent); arbitrary arrest and torture (16.4 percent); defamation and house searches (4.4 percent); violence against family members (3.8 percent); other physical and psychological harm (3.5 percent); and kidnapping and imprisonment (0.8 percent).

Like their in-country counterparts, human rights defenders who have fled the country identified a number of risks they still face, including psychological harm (45.4 percent); harassment by police and forced deportation (33.7 percent); lack of financing for themselves and their families (9.9 percent); other forms of harassment (7.2 percent); and security threats (3.6).

In tandem with the Taliban’s harsh gender-based restrictions on education, employment, and free movement, women human rights defenders have been denied access to public and political processes and systematically deprived of their other human rights. Both inside and outside Afghanistan, women survey respondents reported experiencing security, social, and economic threats. The report finds that women are particularly vulnerable to allegations of prostitution or immorality, which are punishable by whipping or death by stoning under the Taliban. Women human rights defenders have also received sexually charged threats, harassment, and defamation and feel more defenseless and unprotected as a result of their gender.

The report provides recommendations on steps that international organizations, civil society groups, donors, and other stakeholders can take to support human rights defenders inside and outside the country. The recommended actions include: