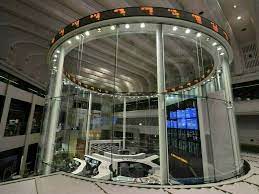 The market enjoyed a surge after the opening bell as investors cheered the overnight gains of US shares.
“Investors were encouraged by falls in bond yields in Europe and the US as well as China’s economic reopening. They were having a fresh look at high-tech and other shares that had been sold down until now,” IwaiCosmo Securities said in a note.

However, the market became locked in a narrow range in the afternoon session, with sellers outnumbering buyers.
Internationally, investors are keeping their eyes on Federal Reserve and betting that the peak of inflation has already passed.
“The market believes interest rates are expected to top out by mid-2023, with goods inflation moderating amid retail discounting,” Stephen Innes of SPI Asset Management wrote in a note.

“So, barring a resurgence in resource prices, particularly oil, inflation data suggests we have passed peak even if the current trend looks unfriendly.”