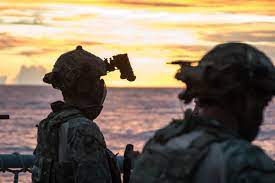 BRUSSELS: The Council today prolonged the mandates of its Common Security and Defence Policy (CSDP) missions and operation in the Horn of Africa and Somalia. The mandate of EUCAP Somalia, the EU’s civilian capacity-building mission, EUTM Somalia, the EU’s military training mission, and EU Naval Force Operation ATALANTA, one of the EU’s executive military maritime operations, will now run until 31 December 2024.

The decision was taken following the holistic strategic review of CSDP engagement in Somalia and the Horn of Africa with the aim to consolidate and strengthen the EU’s response to an evolving security context and enhance its role as a maritime security provider.

Capitalising on the successes of suppressing piracy off the coast of the Horn of Africa and Somalia, the overall mandate of Operation ATALANTA was consolidated. With this mandate, Operation ATALANTA is now in a better position to contribute to the implementation of the UN arms embargo on Somalia, reduce drug traffic, support the ongoing fight against Al Shabaab and its funding streams, and the progress of the government of Somalia. Operation ATALANTA maintains its activities to deter, prevent and repress piracy and armed robbery at sea and extends its geographical scope north of the Red Sea. This broadened scope will ensure the freedom of navigation and the protection of World Food Programme and other vulnerable shipping to Somalia at the same time that allows the EU, in the spirit of Integrated Approach, to better support building a wider regional maritime security architecture

In Somalia, the EU’s CSDP action was extended to support the build-up of Somali Security Forces and institutions, in view of a gradual takeover of security responsibilities from the African Union Transition Mission in Somalia (ATMIS), in line with the revised Somali Transition Plan. With the renewed mandates, EUCAP Somalia and EUTM Somalia will support the development of Somali capacities and capabilities through strategic advice, mentoring and training, accompanied by the EU-funded equipment support of the European Peace Facility.

Ensuring the link of the EU’s CSDP action on and off shore, EUCAP Somalia will help strengthen the Somali maritime law enforcement capacity at federal and regional levels in Somaliland and Puntland, and develop a sustainable Somali-owned Coast Guard function. The mission will also assist Somalia in strengthening police capacity, including developing the Federal Darwish and strengthening INTERPOL National Central Bureau in Mogadishu.

All missions and operation will cooperate and coordinate with support of the EU Delegation in Mogadishu, to streamline, synchronize and strengthen the EU’s Integrated Approach in support of the Somali authorities. In order to strengthen the EU’s core values, all activities of the missions and operation will contain aspects of International Humanitarian Law, Human Rights, prevent gender-based violence, protect children in armed conflicts, and promote the agenda of women, peace and security.

Since its establishment in late 2008 in response to the rising levels of piracy in the Western Indian Ocean, Operation ATALANTA has significantly contributed to the suppression of piracy, as well as the protection of the vessels of the World Food Programme (WFP), African Union Transition Mission in Somalia (ATMIS) and other international vulnerable shipping.  It acts in so far as mandate allows, and develops options towards countering illegal trafficking, a major source of income for criminals and terrorist organisations.

Additionally, the Operation has monitored the fishing activities outside Somali territorial sea and supported other EU CSDP missions and international organisations working to strengthen maritime security and capacity in the region. Solutions are being worked out to better support the government of Somalia  in this regard with the interaction of Interpol.

Launched in July 2012 as EUCAP Nestor, EUCAP Somalia contributes to the establishment and capacity building of maritime civilian law enforcement capability in Somalia, including Somaliland.

EUCAP Somalia enhances the country’s maritime civilian law enforcement capacity by supporting federal and regional authorities in developing legislation, strengthening the criminal justice chain in the maritime domain and providing advice on policy to the Somali ministry of internal security and the Somali Police Force. The mission supports the development of coast guard and maritime police functions in and around the main Somali ports, and implements additional assistance to broader police development.

The mission headquarters is located in Mogadishu.

EUTM Somalia implements its mandate based on a three-pillar approach that focuses on training, mentoring and the provision of strategic advice to the Somali National Armed Forces (SNAF). With this latest renewal, EUTM Somalia enters its 8th mandate since it was launched in April 2010. Throughout the years, the EU training mission has refocused its tasks to support the internal development of specialized functions such as leadership, command & control, counter-IED, and logistics.

The Military Planning and Conduct Capability (MPCC) is responsible at the Strategic Level for the operational planning and implementation of this mission. The Mission Headquarters is located in Mogadishu and the current Mission Force Commander is Brigadier General Roberto Viglietta (Italian Army).