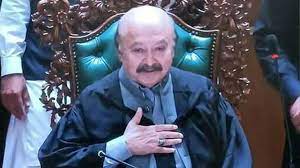 Tussle between the government and the opposition continues to deepen since PTI Chairman Imran Khan announced dissolution of the assemblies in Punjab and Khyber Pakhtunkhwa on Dec 23, with the PML-N and allies deliberating on ways to prevent the move. A day earlier, the Punjab governor issued an order, calling a fresh session of the provincial assembly and requiring Chief Minster Parvez Elahi to obtain a vote of confidence. The governor said Mr Elahi had lost confidence of PML-Q head Chaudhry Shujaat Hussain and party members, adding that there were also reports of confrontation between the PTI and PML-Q at various issues.