The first phase of exercise comprised of a series of harbour activities to provide synergy in different domains of naval operations. It also afforded opportunity for both navies to conduct operational planning for the joint naval operations to be conducted in subsequent sea phase of the exercise.

During the first phase, various training exercises were organised onboard PN and RSNF Ships and harbour facilities. Planning modules on conduct of amphibious landing operations, escorting operations, sniper / camouflage techniques and Mine Counter Measures procedures were rehearsed by the two navies. Mission Commander of Pakistan Navy and Exercise Director from RSNF closely monitored and supervised the training activities. 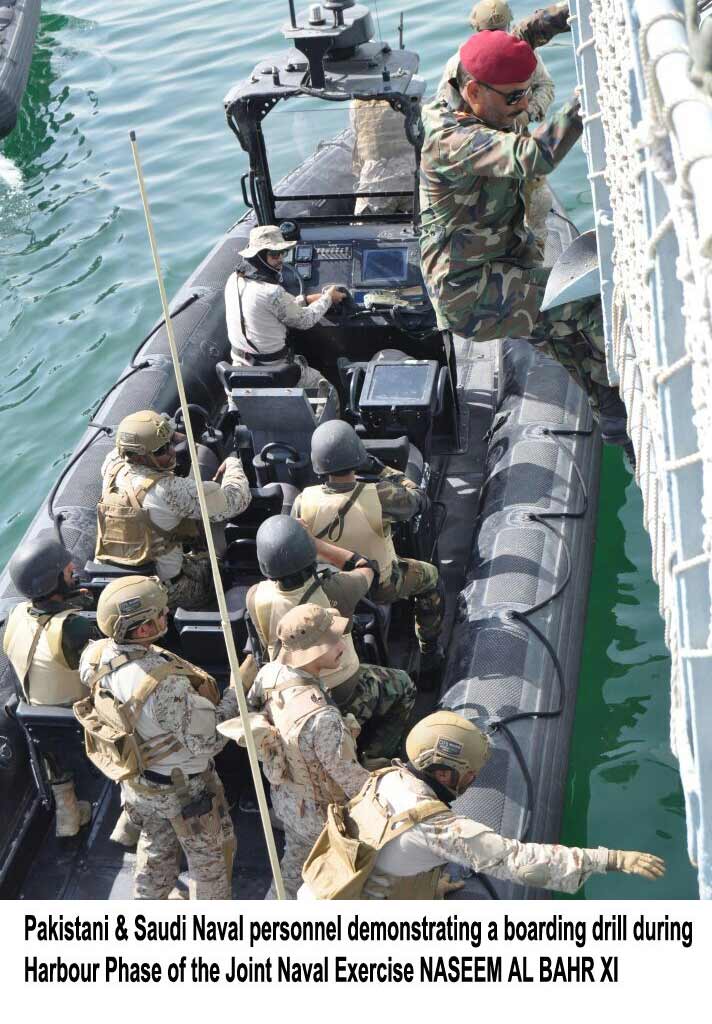 Earlier, a Brief about the joint naval exercises was conducted wherein details of different evolutions and exercises were discussed by both sides. Mission Commander of PN and Exercise Director from RSNF were also present at the Opening Brief.

The Joint PN – RSNF Naval Exercise Naseem Al Bahr is aimed on enhancing interoperability and sharpen the tactical proficiency in Counter Piracy, Anti Air & Surface Warfare and Mine Countermeasure Warfare. These exercises will help in developing synergy in operations against asymmetric, air, surface and mine threats. On completion of harbour phase, next phase of the Exercise will include joint naval operations at sea. Concurrently, Pakistani and RSNF Marines are also engaged in Joint Marine Exercise Deraa Al Sahil. Current Exercise is 11th of Naseem Al Bahr Series and will continue till 17 Feb in Saudi Arabian Waters. 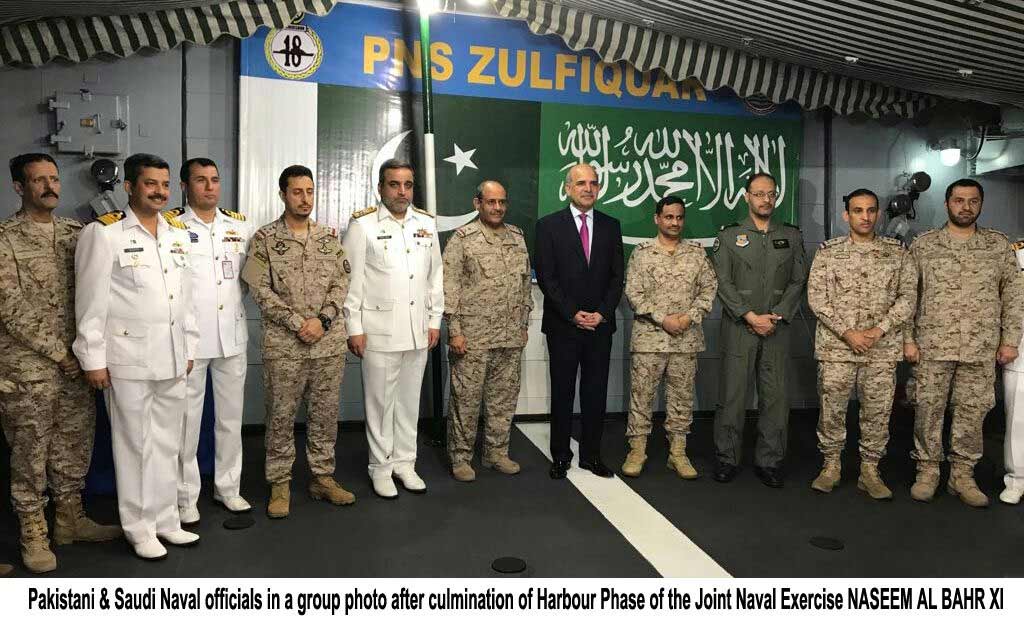 Conduct of Joint Maritime Exercise between Pakistan Navy and RSNF in present geo-political milieu assumes great significance and will go a long way in enhancing bilateral relations between the two countries. Since the inception of biennial exercise Naseem Al Bahr in 1993, it has matured as an advanced level maritime exercise involving almost all facets of naval forces. The level of participation from both sides signifies the trust and mutual confidence which prevails between the two brotherly countries.