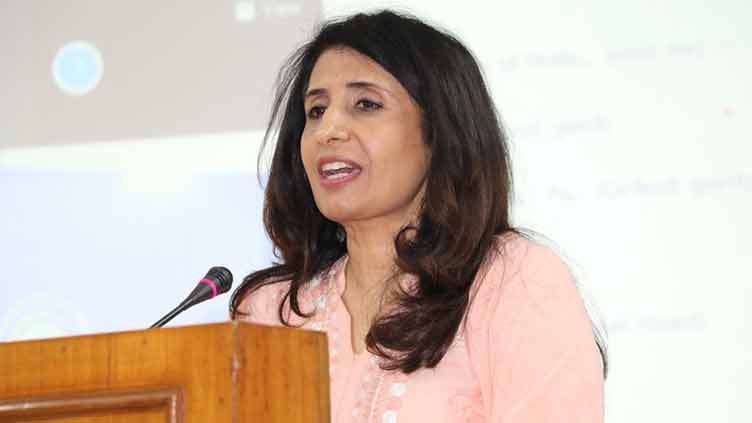 ISLAMABAD (INP): Pakistani diplomat Ubaidur Rehman Nizamani, who escaped unhurt in Kabul attack, would return to Afghanistan after complete security assurance from the interim government of Taliban, said Foreign Office spokesperson Mumtaz Zahra Baloch.
Nizamani returned to Pakistan after an assassination attempt on him in the Afghan capital earlier this month. A security official was injured in the incident and he is recovering at a hospital in Peshawar.
In a weekly media briefing, Ms Baloch said Chargé d’affaires Nizamani was still in Pakistan and would leave once the consultation process was complete. She described the recent visit of State Minister for Foreign Affairs Hina Rabbani Khar to Kabul “very successful that provided the opportunity to convey Pakistan’s concerns”. “We hope that the assurances given to us [by the Afghan authorities] will be fulfilled,” she said.
She said peace in South Asia had become hostage to India’s hegemonic designs that included terrorist activities inside Pakistan and the unabated hostilities carried out in the occupied Kashmir. India’s hegemonic policies were an “impediment to regional cooperation,” she said.
The spokesperson strongly rejected the recent statement of the Indian External Affairs Ministry that raised objection to the visit of Organization of Islamic Cooperations (OIC) Hissein Brahim Taha to Azad Jammu and Kashmir (AJK), calling him a “mouthpiece of Pakistan”. The remarks reflect “callousness and disregard” towards inter-state relations and are against the concept of mutual respect, she stressed.
Instead of criticism, she said India should pay heed to the state terrorism in India-occupied Jammu and Kashmir (IIOJK) and take steps for the implementation of the United Nations Security Council (UNSC) resolutions. She said the Jammu and Kashmir dispute was one of the oldest on the United Nations’ agenda that remained unresolved due to India’s negative approach.
The OIC secretary general during his visit to the Line of Control in AJK last week met the victims of cross-border shelling, who shared with him the details of their sufferings.
Ms Baloch said OIC Secretary-General’s visit to AJK carried special significance as it came three years after India’s illegal and unilateral actions in the occupied Kashmir. The secretary general will share his findings in the next Council of Foreign Ministers’ meeting.