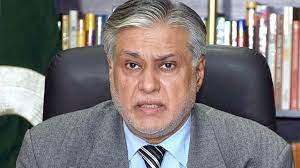 Addressing a press conference in Islamabad on Monday, he said that Pakistan’s rating in the world is being damaged by talking about default.

The minister said that the country should be kept first, adding that the challenges are being managed.

Alleging the previous government of laying land mines, the finance minister said that Imran Khan tried to prove Pakistan as a corrupt nation, adding that the inflation reached historic high during the PTI government’s tenure and the rupee depreciated.