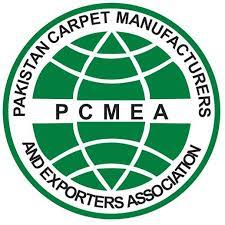 LAHORE (APP): Pakistan Carpet Manufacturers and Exporters Association (PCMEA) Sunday urged the government to help the carpet industry explore new markets abroad as it would lead to jack up overall exports of the country.
Senior Vice Chairman Usman Ashraf told media here that international exhibitions like ‘Domotax’ were a major source of effective marketing and export promotion of Pakistani products but unfortunately they were unable to utilize such opportunities as per requirement of the
economy.
Despite all odds, Pakistan’s exporters tried to represent their country in the “Domotax” exhibition but this number was very less compared to other countries including the neighboring country. In the exhibition, meetings were held with delegates from different countries and they had been invited to visit Pakistan.
Senior Vice Chairman Usman Ashraf mentioned, that he also talked to PCMEA members Riaz Ahmed, Saeed Khan, Ejaz-ur-Rehman and others who were on a business trip to Germany.
He said that those members informed him that Pakistan’s hand-woven carpets have managed to attract the attention of visitors to the exhibitions due to their excellent quality and ornate designs and in the meantime, there have been agreements for the export of Pakistani carpets.
He said that if the government provided financial support to the exporters and gave them a subsidy in the cost of freight charges and booking stalls, they would set up stalls compared to other countries from which extensive export contracts were expected.
He said that meetings had also been held in the context of searching for new markets in the “Domotax” exhibition and will return to Pakistan
and send suggestions in this regard to the government.
Senior Vice Chairman Usman Ashraf appealed to the government to make a policy to ensure participation in all international exhibitions, which would have a very positive impact on overall exports.