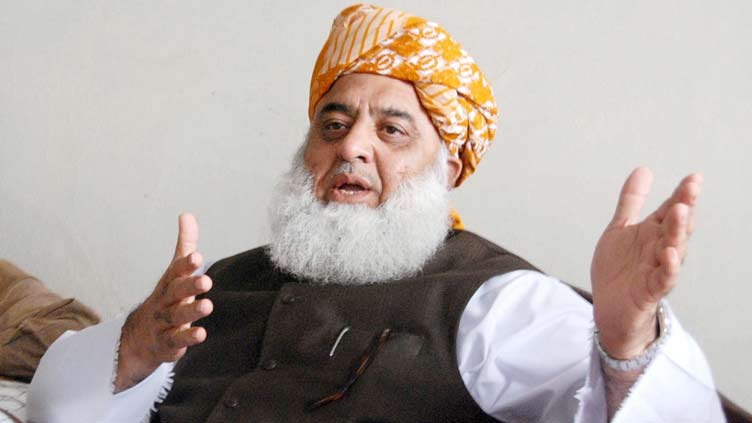 QUETTA (APP): Chairman of Pakistan Democratic Movement and Central Ameer of Jamiat Ulema Islam- Fazal (JUI-F) Maulana Fazlur Rehman and Central Chairman of Pashtun Khawmli Awami Party (PkMAP) Mahmood Khan Achakzai said that PDM was playing the biggest role for making Pakistan strong and stable.
The past rulers destroyed the country’s economy and now under the leadership of PDM, Pakistan will be on the path of development and prosperity and the upcoming elections will be held on time and the current government can complete its term.
Early elections are not in the interest of the country and the nation. In the upcoming elections, all parties of PDM will contest the elections in the entire country from the same platform.
These views were expressed by Maulana Fazal-ur-Rehman and Mehmood Khan Achakzai while discussing on the occasion of a special breakfast on behalf of Jamiat Ulema-e-Islam-F Provincial Ameer and Federal Minister for Housing Works Maulana Abdul Wasay.
On this occasion, the leaders of all the political and religious parties belonging to the Balochistan level of PDM participated, including the senior vice president of the Balochistan National Party (Mengal) Malik Abdul Wali Kakar, Pakistan Muslim League (N) Balochistan provincial leader. President Jamal Shah Kakar, Agha Mehmood Shah, Maulana Kamaluddin, Haji Ghosullah Achakzai, Provincial Information Secretary Dilawar Khan Kakar, Assembly members Asghar Tareen, Abdul Wahid Siddique and other officials and workers participated.
Maulana Fazlur Rahman said that a person was brought to power under a regular plan before the 2018 elections in Pakistan that person was destroying the new generation and was shouting for early conducting general election saying that Imran Khan was launched under the agenda, the planners had decided to impose it on the state.
The results are there for all to see, Imran Khan was an experiment launched in 2012-13, it was a misguided and disastrous experiment, he started selling watches, kits and chicks to the people, people were put on kits and chicks and Imran Khan used to say that he will break the assemblies for selling watches to Murshid, he added.
He said that nowadays, Imran Khan was trusting Pervaiz Elahi for breaking the Punjab Assembly, and tomorrow he would say that he made a mistake by trusting Parvaiz Elahi.
He said that according to its manifesto, JUI-F considers every province as the owner of its resources, small provinces have to recognize their rights for the saving of the state and peace was indispensable for the stability of the country.
A comprehensive policy has to be formulated to make Pakistan stand on its own feet, he said and added that the Holy Quran was the greatest guarantor of humans and the great powers have set the standard of democracy according to themselves.
He said that we had already decided that the army should remain neutral, according to our opinion, all the citizens of Pakistan have equal rights, and it needed to be implemented. He said that the Pakistan-China friendship was sabotaged in 2014 when it turned into an economic partnership saying that he would make Pakistan the cradle of peace, there were international conspiracies against Pakistan which would be foiled for the interest of the country, he maintained.
He said that Gwadar has been destroyed and billions of dollars from friendly countries have been wasted, and our trust in friendly countries has been damaged because this country was pushed towards destruction. Mahmood Khan Achakzai, head of the Pakhtunkhwa Milli Awami Party said that unless the rule of law and constitution was established in the country and the parliament was not strengthened, until that time we could not develop, still it was time to make Pakistan a strong state by implementing the constitution and law, all interference should be removed and the Parliament should be made supreme.
While welcoming all the political leaders and guests, Maulana Abdul Wasay, Provincial Ameer of Jamiat Ulema Islam-F said that PDM played the biggest role in saving the country.