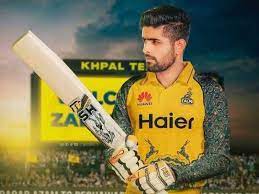 Babar, the most successful batter in the history of the league, left Karachi Kings recently.

Last month, in one of the biggest trades of the tournament, Zalmi snapped Babar in the Platinum category and the first pick in the supplementary round for Haider Ali and Shoaib Malik, who moved to Karachi Kings in the Platinum and Diamond categories, respectively, before the trade and retention window closed.

Babar had played for the Kings since 2017 after leaving Islamabad United. The prolific right-hander is the all-time highest scorer of PSL, with 2,413 runs under his belt in 68 matches.

During the last season, the Kings, led by Azam, became the first team to lose nine matches in a single edition of PSL. The players’ draft for PSL season 8 will take place in Karachi on December 15.

The announcement has been made after consulting with all franchises, said PCB.

The tournament’s director Usman Wahla said PSL 8 will be bigger with the induction of some prominent names. “Some big cricketers’ availability ensures a bigger and better PSL season this time around,” he said.