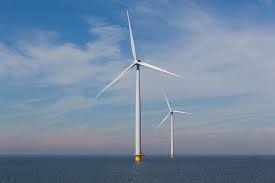 RIYADH (Agencies): Saudi Arabia’s Public Investment Fund has acquired a 9.5 percent stake in German renewable firm Skyborn, as the fund continues its asset expansion in global markets.
The investment in Skyborn Renewables, which is one of the leading offshore wind developers in the European and Asia Pacific region, will allow PIF to accelerate its energy transition journey at an international scale, according to a press release.
It further noted that the German firm has over 20-year experience in the sector, with a track record of over 7 gigawatts of capacity developed to date, with a presence in over 15 European countries and multiple APAC markets.
Skyborn also has multiple under-construction projects in Germany, France and Taiwan with a pipeline of over 30 GW of highly diversified offshore wind projects which are currently in various stages of development.
The PIF is currently working toward achieving the commitment to develop 70 percent of Saudi Arabia’s power needs through renewable energy by 2030, as the Kingdom eyes fulfilling its net-zero target by 2060.
“Offshore wind has a key role to play in driving global decarbonization and we see significant growth opportunities for Skyborn,” said Turqi A. Alnowaiser, deputy governor and head of the international investments division at PIF.
The press release added that PIF is deploying capital both domestically and internationally to maximize its assets, which will in turn diversify Saudi Arabia’s economy in line with the goals outlined in Vision 2030.
“We are excited to have one of our most important investor partners, PIF, invest alongside us in Skyborn Renewables. The investment supports our commitment to the energy transition through the continued growth of global renewable power generation,” said Matt Harris, founding partner of Global Infrastructure Partners.
PIF has been allocating major investments in renewable energy firms which include ACWA Power and the Sudair and Al Shuaibah Solar Energy projects.
The fund is also developing electric vehicles through investments in E1, and Lucid Motors.
Earlier in November, Crown Prince Mohammed bin Salman launched Ceer, the first Saudi electric vehicle brand, which is expected to contribute to the Kingdom’s efforts toward reducing carbon emissions and driving sustainability to address the impact of climate change.
Reaffirming its journey toward sustainability, PIF auctioned off 1.4 million tons of carbon credits in October during the 6th edition of the Future Investment Initiative conference in Riyadh, as a part of its Voluntary Carbon Market initiative.
According to data from the Sovereign Wealth Fund Institute, PIF is currently at the fifth spot among the largest sovereign funds in the world with assets valued at $620 billion.
In October, PIF Governor Yasir Al-Rumayyan said it has a complete plan in place to grow the fund’s assets to between $2 trillion to $3 trillion by the end of this decade.
“We want to reach $1 trillion by 2025. And we are almost now less than $700 billion, we need close to $400 billion to reach this size of assets,” said Al-Rumayyan.
He added: “We have a complete plan from now till 2030, on how to reach a trillion and reach between $2 to $3 trillion, and His Highness Crown Prince is determined to reach it.”