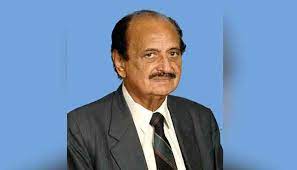 LAHORE: A Pakistan Muslim League-Nawaz’s MNA was arrested by the Punjab Anti-Corruption Establishment on Tuesday.

Ch Ashraf was elected as a member of National Assembly on the PML-N ticket from NA 161, Sahiwal.

According to the Punjab ACE, the accused MNA illegally occupied more than 157 acre government land through fraud.

The ACE said that it arrested MNA Ashraf after his corruption was proved.

The anti-corruption officials said that accused Ashraf took possession of the land after declaring a fictitious person Sharif Ahmad Hashmi as its allottee.

The Punjab ACE after registering a case arrested MNA Ashraf.