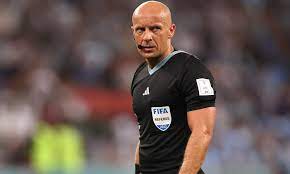 The 41-year-old, who will be the first Pole to referee the final, officiated his first World Cup match in 2018 in Russia. He will be joined by assistants Pawel Sokolnicki and Tomasz Listkiewicz.

Qatari Abdulrahman Al Jassim was appointed to referee the third-place match between Croatia and Morocco at the Khalifa International Stadium on Saturday.

He will be assisted by compatriots Taleb Al Marri and Saoud Ahmed Almaqaleh.