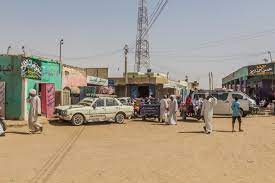 CAIRO (AP): A passenger bus slammed into a parked truck on a highway in the Sudanese city of Omdurman early on Tuesday, killing at least 16 people, police said.

The bus swerved off the road and hit a parked truck in Omdurman, the twin city of the capital, Khartoum, according to a police statement. At least 19 people were injured in the accident, police said.

The bus was heading to Khartoum from Fasher, the provincial capital North Darfur province, police said. Ambulances rushed to the scene to transfer the injured to the Omdurman hospital, while the dead were taken to the morgue.

There was no immediate word as to what caused the bus to swerve.

Traffic accidents are common in Sudan, often the result of badly maintained roads and poor enforcement of traffic laws. Thousands of people are killed every year in road accidents in the impoverished African country.