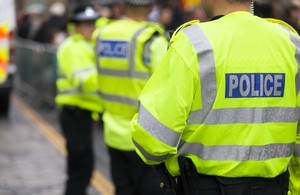 The police sector will receive a nominal funding boost of up to £287 million next year to help victims feel safe and deliver more visible policing, the Home Secretary Suella Braverman has announced.

The rise will take total funding for policing up to £17.2 billion and mean police and crime commissioners across the 43 police forces in England and Wales will receive a nominal increase of up to £523 million from government grants and precept income to focus on getting the basics right, such as driving down anti-social behaviour and neighbourhood crime which can so easily rip through our communities.

The government is giving police crime commissioners in England the ability to raise up to £349 million, through a council tax precept limit of £15.

Funding for counter-terrorism policing will continue to total over £1 billion, including continued funding for armed policing and the Counter Terrorism Operations Centre.

We are also giving policing the funding they need to maintain the 20,000 additional police officers recruited as part of the government’s unprecedented campaign to put more police on the streets, ensuring our forces respond to crime effectively and to take a more proactive response in managing crime demand.

Our police make sacrifices every day to protect the British people, and I am steadfast in my admiration for our hardworking, brave and dedicated officers.

It is vital that we continue to invest in the priorities that matter most to our communities, and we must do more to cut crime and restore confidence in our police.

With over 15,000 additional officers already recruited and thousands more on the way, this package will support our forces to get the basics right and keep communities safe across country.

We will continue to improve our criminal justice system for victims by prioritising the funding commitments made in the rape review and investing in a new victim satisfaction survey to shine a light on performance and drive improvements in the support police forces provide to victims.

Through police and government efforts to tackle the crime that hits our communities the hardest, since 2019:

90,000 weapons have been taken off our streets

over 49,000 violent offences have been prevented and 260,000 vulnerable young people have been supported through ‘Grip’ hotspot policing and Violence Reduction Units.