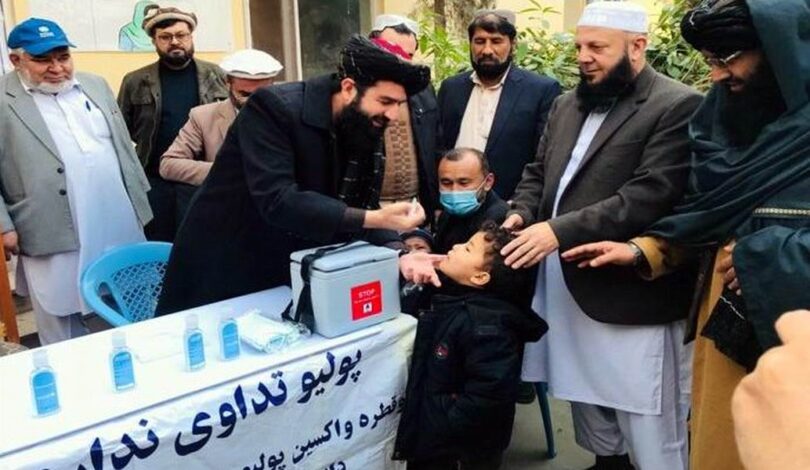 KABUL (TOLOnews): The polio vaccination campaign kicked off in 26 provinces of the country, including the capital city, Kabul, on Monday.
The Ministry of Public Health (MoPH) said that seven million children will be vaccinated in this campaign. According to MoPH statistics, two positive polio cases have been registered this year. It will be the last phase of the polio vaccination campaign in the country for this year.
“The campaign will continue for four days and at least seven million children will be vaccinated in 26 provinces of the country,” said Sharafat Zaman Amerkhail, a spokesman for the MoPH.
Kabul residents welcomed the campaign and said they were ready to cooperate. “We are happy with the polio vaccination campaign and we are ready to implement it for our children,” said Parwiz, a Kabul resident.
“We are happy from the Ministry of Public Health that it vaccinates our children and prevents them from being paralyzed,” said Abdul Majeed, a resident of Kabul.
Polio vaccination campaign workers asked Kabul residents to cooperate with them in the process. They said that children should be vaccinated every three months to be protected against poliovirus.
“It is a dangerous disease. It is a viral disease that paralyzes the body. It majorly affects children under the age of five,” said Asma, a vaccinator.
“I call on families that when we go to their houses, they should bring their children for the vaccination and they should cooperate with us,” said Zarmina, a vaccinator. Figures by the Ministry of Public Health show that four positive cases of polio were recorded in the country last year. In 2020, it was 56 positive cases in Afghanistan.