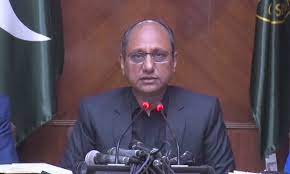 KARACHI: Senior Pakistan Peoples Party (PPP) leader Saeed Ghani said on Friday Imran Khan was misleading the youth of the country and the notions inculcated by him should be removed.

He said there was neither struggle nor sacrifice in the PTI chief’s 22-year career and his political life was full of lies. Highlighting the political state of affairs, he was of the view that the responsibility of sober political parties increased in times of peril.

Talking about his party co-chairman, the PPP leader said there was no leader of Bilawal Bhutto’s calibre in Pakistan and he was solving the problems of the country at a rapid pace and it was his party’s mission to make Bilawal the next premier.