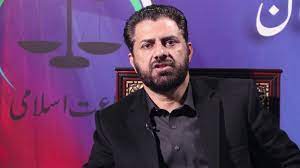 Addressing a press conference at JI KP Headquarters, Markaz-e-Islami here on Thursday, the former provincial minister said that corruption and bad governance were reigning the province during last year’s rule of PTI.

He said that the bad governance of the PTI government has played havoc with the economy of the province and the burden of the debts by the end of the current financial year will cross over the figure of over Rs.1000 billion.

During the period of over four years, 187 administrative secretaries and four each Chief Secretaries and Provincial Police Chiefs were replaced and the province became unsecured even for the leaders of PTI also wherein members of the provincial assembly were paid extortion.

Inayatullah Khan said that the PTI government during the last four and half years neither began nor completed any mega development project in Khyber Pakhtunkhwa and the throw-forward of the scheme has reached to Rs.1.3 trillion. He said that whichever projects initiated were also under inquiries of the National Accountability Bureau (NAB).

He further alleged that during the period of last five years, federal government paid a huge amount of Rs.357 billion, but not a single mega project was initiated in the newly merged districts of the erstwhile FATA.

He said that record loans were obtained for non-productive sectors and none of the hydropower projects was completed, saying the province has technically become a defaulter. (APP)