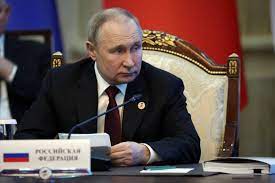 The Belarus presidency said Friday the pair will hold discussions at the Independence Palace, Lukashenko’s office, in Minsk during Putin’s “working visit”.

The visit comes 10 months into Russia’s offensive in Ukraine, which was launched from several directions, including Belarusian territory.

Minsk said the pair will hold one-on-one talks as well as wider negotiations with their ministers on “Belarusian-Russian integration”.

Moscow and Minsk have committed to a wide range of programmes for deeper economic and defence cooperation.

The statement said the “presidents will also give priority to security issues and exchange views on the situation in the region and the world” but did not mention Ukraine.

Lukashenko, in power since 1994, has repeatedly said he did not intend to send Belarusian troops into Ukraine.

Putin last visited Belarus in the summer of 2019.