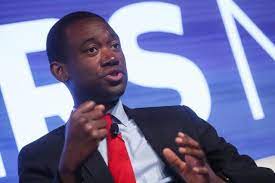 WASHINGTON: Thank you, Director Ebong and Chair Lewis, for convening this panel this morning. Let me first offer my congratulations to USTDA on its 30-year anniversary.

Over the past 30 years, USTDA has grown to be one of the world’s largest project preparation facilities, but remarkably, with an overall budget that is quite modest. That is because the work that USTDA does is not only critical, but also catalytic.

The U.S. federal government is uniquely positioned to mobilize investment and fuel a robust pipeline of vital infrastructure programs, and I’d like to thank USTDA for spearheading so much of this work. Today, I want to focus on where we’re centering these efforts within Treasury, and how the private and philanthropic sectors can join us to extend this impact.

Unprecedented global disruptions over the past several years have disproportionately affected middle- and low-income countries around the world, and especially African nations. The reality is that the effects of COVID, Russia’s war of choice against Ukraine, and of rising interest rates in advanced economies have left many African governments’ balance sheets stretched thin—threatening their ability to fund needed infrastructure projects.

Estimates by the African Development Bank suggest that the infrastructure finance gap for the African continent is between $68 billion and $108 billion per year. What these numbers mean in real terms is that closing this gap is essential to fund infrastructure that lights people’s homes and businesses, enables industry to deliver goods to market, responds to COVID, and makes communities more resilient against extreme weather.

At the same time, we know that the amount of capital sitting on the sidelines continues to hit record levels. Infrastructure-specific funds now hold $298 billion in deployable capital. That’s not to mention the nearly $38 trillion held by OECD pension funds, a tiny fraction of which would be enough to bridge the infrastructure finance gap.

At Treasury and across the Biden Administration, we are working to leverage public and philanthropic capital to de-risk infrastructure projects and catalyze private sector investment, including from many of the folks with us today.

Specifically, we are championing the Partnership for Global Infrastructure and Investment, or PGII, a G7-led, whole-of-government initiative that aims to mobilize$600 billion in public and private capital. To achieve this scale, concessional capital will need to play a significant role to change the risk-reward calculation for many of these critical infrastructure projects. We are working to figure out how best to deploy these scarce concessional resources to maximize their impact and Africa is a priority.

But we also need to look carefully at the systemic challenges African nations face, like climate change. Rather than providing band-aids of low-commitment, short-term funding, we need to invest in transformational initiatives that address these challenges at their root. That is why we are very excited—in collaboration with our interagency partners, including USTDA—to advance the Just Energy Transition Partnership – or JETP – model.

The JETP is a country-led model that brings to bear the resources of the United States, as well as those of the G7 and other donor countries, to invest in the infrastructure required to meet our partner countries’ most ambitious carbon emission reduction goals. JETPs focus not only on building clean energy infrastructure, but on doing so in a “just” way that provides necessary resources to coalminers and coalmining communities to support them through this transition.

The $8.5 billion South Africa JETP pioneer partnership announced at COP26 last year was the largest climate finance deal for a single country. I want to be clear, however, that we never intended for this to be a single investment by the U.S. government and our partners alone. Similar to other Treasury initiatives, the public money that we put forward through the JETP is designed to crowd in much larger volumes of private capital.

Lastly, we are working to adapt the MDBs to meet the evolving needs of our world today. We are taking a fresh look at their operating models, pushing MDBs to stretch their existing capital to better crowd in the private sector and mobilize large pools of private savings for priority investments, including African infrastructure. Our teams are working diligently on this, and hope to make tangible progress by the Spring Meetings.

Thank you again to my colleagues at USTDA for hosting this important event. And congratulations again on your 30 -year anniversary. I look forward to our continued collaboration as we redouble our efforts to mobilize private capital for African infrastructure.