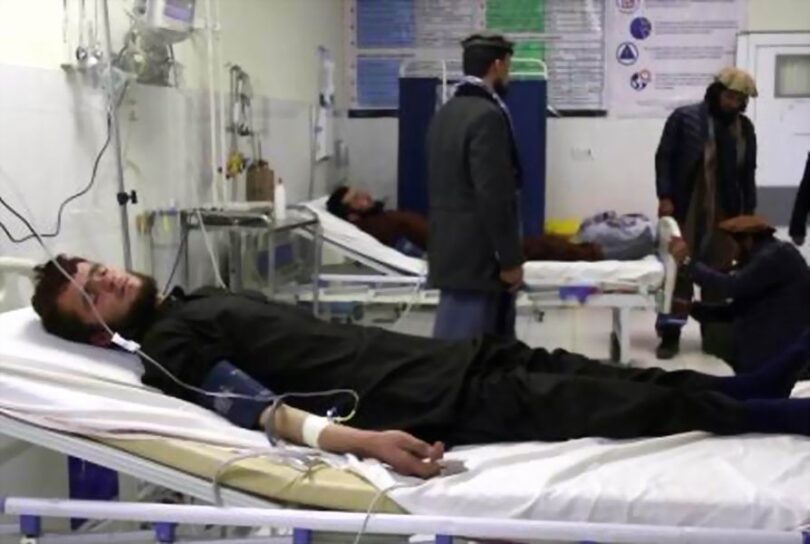 BADKHSHAN (TOLOnews): The three mineworkers who were rescued from under the rubble in an extraction site in Yawan district in the north-eastern province of Badakhshan are in stable condition, doctors said.
The mineworkers were trapped under the rubble in a gold mine in the Yawan district last week on Thursday. One of them was rescued after nearly 40 hours while two more were rescued after 60.
“They don’t have any serious health issues. Their condition is normal. They were a little bit hungry and thirsty,” said Homayuon Frotan, head of Badakhshan provincial hospital.
“Two of the brothers who were stuck there. By speeding up the rescue effort, we were able to pull them out safely around 9:30 in the night,” said Moezuddin Ahmadi, head of information and culture directorate of Badakhshan.
The mineworkers said they were forced to do unprofessional labor at the site due to the lack of jobs in the country.
“What hurt us the most was difficulty breathing as well as hunger and thirst,” said Khatibullah, a rescued worker.
“We got caught there about 11 p.m. on Thursday, and I was rescued at 12 a.m. on Saturday. Due to a lack of jobs, we went there, but we were unsuccessful. We were trapped in a tunnel when it collapsed,” said Sefatullah, another rescued mineworker.
This comes as some mineral resources in the country are extracted in a traditional and unprofessional way. Individual access to these sites has also been associated with risks.