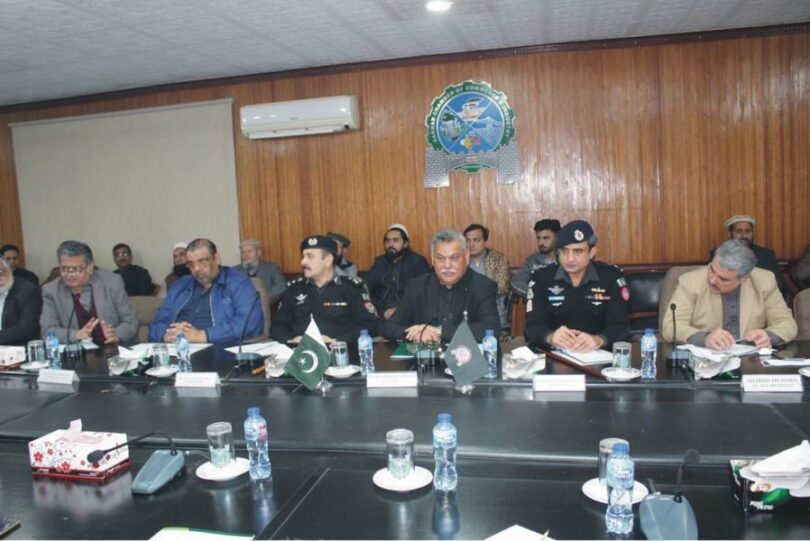 PESHAWAR: Sarhad Chamber of Commerce and Industry (SCCI) and Khyber Pakhtunkhwa Police Department have agreed to set up a joint committee to solve the problems of the business community in a timely manner and to establish a coordinated relationship.

The agreement was reached with President of Sarhad Chamber of Commerce and Industry Muhammad Ishaq during visit of the Chief Capitol Police Officer Ijaz Khan, SSP Operations, Kashif Aftab Ahmad Abbasi and SSP Traffic Shahzada Umar Abbas Babar and other senior officers of the police department here at the chamber house on Wednesday, said in a press release issued here.

Muhammad Ishaq apprised the senior officers of the police department about serious apprehensions of the business community regarding the increasing extortion, crime incidents, disturbed law and order situation, security and other issues of the community.

He stressed that SCCI and the police department should formulate a coordinated strategy under which common measures should be taken to solve the problems of the business community on a priority basis and for immediate solutions.

The SCCI chief on this occasion pointed out various problems of the business community and gave suggestions for their amicable resolution which included extortion, street crime, mobile snitching, FBR data leakage and other problems and also emphasized to ensure their implementation.

CM KP’s focal person for Ease of Doing Business and Industry Ghazanfar Bilour while paying tribute to the sacrifices of the police department and law enforcement agencies said that the police department and the business community are part and parcel for each other.
Providing protection to the business community will increase investment in the province and stabilize the country’s economy, Ghazanfar Bilour said.

The CM’s focal person expressed his satisfaction on the steps taken by the police department to arrest the criminals, street crime, extortion and criminal elements and said that crime is not only a problem of Pakistan and Khyber Pakhtunkhwa, but crime rate is very high rest of world as compared to Pakistan, in which people of Pakistan have no idea about it.

Later, an awareness session was conducted regarding traffic rules, in which SSP Traffic Shahzada Umar Abbas Babar through his detailed multiple-media presentation apprised the participants about traffic rules and regulations.

It is pertinent to mention here that SCCI, Traffic Police Department and PDA will conduct a joint survey regarding traffic in the city.