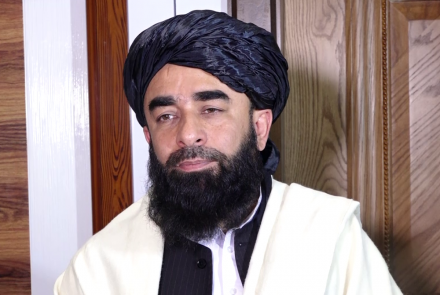 The Islamic Emirate has accused Washington of not living up to its side of the agreement signed by the Taliban and the United States on February 29, 2020, in Doha. According to the Islamic Emirate spokesman Zabiullah Mujahid, the normalization of relations with Afghanistan and the removal of sanctions were part of the Doha agreement, on which the Emirate still waiting for practical steps from the US side.

One year after assuming power in Afghanistan, the Taliban leaders accused the United States of tearing down the famous Doha agreement which pave the way for the Americans’ withdrawal and Taliban re-empowerment in the country. In fact, Pakistan facilitated the Taliban-America dialogue in late 2018, which led to the conclusion of a historic US-Taliban deal that asked for a ceasefire by the parties, the complete withdrawal of US troops from Afghan soil, the formation of an inclusive Afghan government, intra-Afghan negotiations and preventing Afghanistan from becoming a safe haven for terrorists that could pose a threat to the US and its allies. While the US authorities had been vocal about the preservation of gains that had been made by Afghanistan under US rule including human and women rights.

Historically, the ceasefire and America’s quest for a peaceful withdrawal were the two important points that had been implemented by the parties in true letter and spirit. While the rest of the elements could not be implemented by the warring parties due to one or another reasons, while President Ghani-led Afghan Republicans also created multiple complications in the way of a peaceful settlement of the Afghan dispute. Multiple rounds of intra-Afghan negotiations could not reach a consensus between the Taliban and Ghani regime, and the Taliban side took full advantage of the absence of US support for Afghan Forces and captured most of the Afghan territory which led to the ultimate collapse of the Afghan government.

The Taliban interim government has faced multiple issues due to the non-recognition of their rule by the global community while US-led western sanctions severely damaged the Afghan economy and made the survival of the Taliban regime most difficult. Thus, after a staggering year in the government, Afghan officials blamed Washington for dishonoring the bilateral Doha agreement. On the other hand, the United States and its allies blamed the Afghan interim government for violating the Doha agreement whereas the Taliban’s curb on human rights including a ban on girls’ education and civil liberties attracted wide-ranging criticism across the world. Meanwhile, the top US and European officials have repeatedly voiced concerns over growing terrorism threats from Afghanistan that had been categorically denied by the Taliban government, however, the presence of foreign fighters and Islamic States militants pose significant threats to Islamic Emirate and foreign interest in Afghanistan.

Apparently, both parties played role in the making of the upheaval and did not fulfill their words, whereas their mutual betrayal caused the utmost suffering and misery to the people of Afghanistan. Although both sides missed vital opportunities for bilateral cooperation over the past more than one year yet there are multiple options for them to realign themselves by honoring the mutually conceived Doha agreement which still promises a peaceful settlement of the Afghan issue, besides providing political legitimacy to Taliban government at international level. This idea offers a win-win situation for both sides and there might be a positive development in this regard in the days to come.