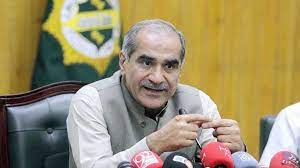 Khwaja Saad Rafique, in a statement, said the resignations of the PTI lawmakers were unconstitutional, otherwise the National Assembly speaker would have accepted them without any delay.

The PML-N leader reiterated that if the resignations of PTI members were accepted by the speaker, the government would hold by-elections instead of the general election. The PTI wanted to dissolve assemblies to make the next general election controversial, he added.

Reacting to a statement of AML chief Sheikh Rashid about technocratic government, the minister said such statements by ‘political orphans’ had no importance and the elected government would continue to run affairs of the state with the assistance of country’s institutions.