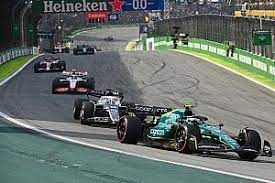 RIYADH (Agencies): Saudi Arabia looks set to host the opening race of the 2024 Formula 1 season, in a change from previous plans for it to be held in Australia.

The news emerged in a statement from the Victorian state government announcing a two-year contract extension for the Australian Grand Prix until 2037.

The statement said Melbourne’s Albert Park track would host the opening race at least four times during the contract term, but Saudi Arabia would do so in 2024 “out of respect for Ramadan”. Bahrain, which borders Saudi Arabia, has become the default opening race of the season since the pandemic disrupted the shape of the calendar in 2020. It held its race on 20 March this year.

But Ramadan, the Muslim holy month, is due to start on 11 March in 2024, as opposed to 2 April this year. As a result, F1 had been planning to move the start of the season back to Melbourne, which had been the usual opening event pre-Covid. F1 was unable to confirm that Saudi Arabia would start the 2024 season.

It said in a statement: “Formula 1 has not released any details of future calendars. The 2024 calendar will be confirmed in the usual way later in the year.”

However, BBC Sport has been told that, while F1 chairman Stefano Domenicali is still working through plans for the first part of the 2024 season, the Saudi event on the Jeddah street circuit is on course to be the opening race.

No explanation for the change from the original plan to hold it in Australia has been provided. Nor is it clear why, if it is possible to hold a grand prix in the Middle East to start the season before Ramadan in 2024, it would be in Saudi Arabia and not Bahrain.

There will be speculation that Saudi Arabia – which already pays one of the largest hosting fees for its event – has paid an additional fee to secure the prestige of hosting the first race. But a source close to the situation insisted that was not the case. Earlier this year Saudi Arabia rejected F1’s proposal to host a ‘sprint’ event in 2023 because organisers baulked at the extra money involved.