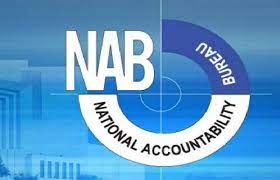 ISLAMABAD (APP): The Supreme Court on Thursday adjourned the hearing of a case with regard to the amendments in National Accountability Bureau (NAB) laws till January 17. A three-member bench headed by Chief Justice of Pakistan Umar Ata Bandial heard the petition of Pakistan Tehreek-e-Insaf (PTI) Chairman Imran Khan.
At the outset of hearing, the Federal Government’s counsel Makhdoom Ali Khan argued that it was the prerogative of Parliament to legislate. He cited the references of articles of Islamic scholars and American magazines, and said the court had to view the matter in the limits of law as everything was clear in Schedule-4. He said things could not be settled on the basis of likes and dislikes of anyone. The court would also have to view whether anyone had crossed the red line, he added.
Justice Ijazul Ahsan remarked that the court could interfere if there was an illegal act. The lawyer said that then the petitioner had to prove the illegality of NAB law amendments. The CJP remarked that the court had to view the constitutional limits. The case was then adjourned till January 17.