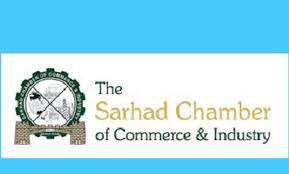 PESHAWAR: Sarhad Chamber of Commerce and Industry (SCCI) demanded the government and Federal Board of Revenue (FBR) to take pragmatic steps for broadening the existing tax-base and simplifying the tax-system.

The chamber also asked to frame business-friendly policies to facilitate and provide relief to the business community.
The SCCI also emphasized the need to eliminate the additional burden of taxes, illegal/unnecessary actions, issuance of notices and multiple tax-audits, which are becoming the cause of harassment of the business community.

These remarks made by SCCI senior vice president Shahid Hussain while chairing a meeting during a visit of Member Public Relations (PRs), Federal Board of Revenue (FBR) Islamabad, Sardar Ali Khawaja here at the chamber house, said in a press release issued on Friday.

Businessmen have played a vital role in the economic development of the country through payment of various taxes so they should be facilitated and ensure every kind of relief to them, says SCCI senior office bearer.

Sardar Ali Khawaja while responding to various queries assured the traders’ community for taking proactive measures for resolution of all issues.

Similarly, the senior FBR officer said the issues pertaining to Pakistan Railways and Customs would also take up senior officers of these departments.

Sardar Khawaja mentioned his department’s main purpose to establish a strong liaison and coordination with the business community and resolve their issues by taking up with relevant quarters and authorities. The senior officer furthermore assured the measures would be taken to remove double-taxation.

Sardar Khawaja on the occasion revealed that despite extending dates, tax-returns filing has decreased this year as compared to the last years, which is a matter of grave concern.

The FBR is taking pragmatic steps for bringing reforms and broadening of existing tax-base, the senior officer said.
Sardar Ali Khawaja hoped the tax-system would be simplified and easier to taxpayers through these reforms. He added FBR is striving to provide relief to taxpayers, which have played a major role in economic development of the country.

The FBR senior officer suggested the nomination of a focal person to timely resolve issues of the business community.
Regarding apprehensions and issues of business community belonging to ex-Fata and PATA region, Sardar Khawaja said misuse of laws/regulations and policies is very high in erstwhile federally administered tribal areas and provincial tribal areas.

He, however, assured the matters of the business community belonging to ex-Fata and PATA would also be resolved on priority basis.
Earlier, SCCI senior vice president Shahid Hussain elaborated the FBR senior officer regarding a number of issues of business community, especially problems in filling online tax-returns, timely payment of taxes, illegal notices, actions and harassment etc.
Haji Muhammad Afzal, Sherbaz Bilour, Ziaul Haq Sarhadi, executive members and others also spoke on the occasion and highlighted the issues of business community comprehensively.