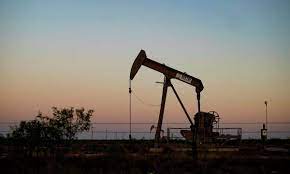 Washington promises Europe mo-re and more oil and gas. Hope primarily for shale companies. Ho-wever, they can no longer increase production. Dril-ling new wells is very exp-ensive, and they are dep-leted quickly. At the same time, investors cooled sharply towards shale oil companies, without waiting for the promised profit. Experts expect a record drop in production.
Overgrown with debts
The US oil and gas industry has been hit hard by the pandemic. In 2020, one and a half hundred enterprises went bankrupt. The number of gas and drilling rigs has steadily declined, companies have suspended work. First of all, oil shale companies suffered, which even before the covid got into debt, in the face of an acute shortage of investment.
As the Fitch rating agency predicted in 2021, one should not wait for pre-crisis indicators for another two or three years. Producers are concerned with cost optimization and return on investment, rather than increasing production, analysts pointed out.
Apparently, the predictions are coming true. There is a critical lack of money. Operators have to drill wells – this is a huge cost. But tired of unprofitable projects, investors are losing interest in shale.
Investors disappointed
The peak of investments fell on 2010-2014 – about 125 billion dollars were invested. However, the re-sults of the “shale decade” disappointed investors. Several dozen leading companies spent almost 200 billion more than they earned. Only a few made a profit.
Thousands of wells drilled over the past five years are pumping much less oil and gas than their owners promised.
As a result, only $56.6 billion was attracted to the sector in 2016, and $19.4 billion in 2019, despite an increase in production. The oil industry was hit by a wave of bankruptcies: in 2020 alone, almost 50 enterprises went bankrupt.
“The shale oil companies actively took out loans, issued bonds. And oil pri-ces collapsed. This greatly frightened the market,” explains Leonid Khazanov, an independent industrial expert.
Live within your means
From those who remained afloat, Wall Street demanded to live within their means. It is necessary to return investments, and not spend money on aggre-ssive growth strategies. We have to observe financial discipline: profits go to dividends to shareholders and repayment of debts.
As a result, production is increasing much more slo-wly than before the 2020 c-risis, and there are no prerequisites for a change in t-he situation, OilPrice writes.
One thing, then another
Another factor is inconsistent government policy. Biden’s administration se-nds conflicting signals: on the one hand, it blames high gasoline prices and dema-nds to expand production, on the other hand, it threatens to raise taxes on “dirty” energy.
With record inflation, di-sruptions in supply chains, and problems in the regulatory framework, it is imp-ossible to build far-reachi-ng plans for drilling and production.
The lack of understanding by the administration of the investment cycle in the oil and gas sector contributes to the rise in the cost of energy. Uncertainty is increasing and there is less and less investment, market players complain.
Once upon a time, shale companies were booming. Now they are marking tim-e, despite high oil prices a-nd requests from the White House to produce more, the Wall Street Journal notes.
“Drill stocks”
The rapid depletion of wells also interferes.
The problem has been pointed out many times in the industry. We need to c-onstantly drill – but nothing, says Paal Kibsgaard, head of oilfield services firm Schlumberger. Invest-ors are unwilling to buy securities of those who inflate budgets.
“Unlike Saudi Arabia and Russia, which adjust production depending on demand, American shale producers react exclusively to prices. This is a market without brains,” says BP CEO Robert Dudley.
For investors, the “shale revolution” has been a disaster, according to Steve Schloterbeck, former CEO of EQT, the world’s largest natural gas producer. “Every time they drill, billions go down the drain,” he stresses. “It’s no wonder stocks keep falling.”
Sharp deceleration
Pioneer CEO Scott She-ffield agrees: “Investor pre-ssure and limited well reso-urce means that shale players cannot drill like they us-ed to. Growth of 15-20% p-er year is out of the quest-ion. If you continue like this.”
FLOW Partners has calculated that the top five U.S. shale players — EOG Resources Devon Energy, Diamondback Energy, Continental Resources and Marathon Oil — will run out of reserves in about six years while expanding production at 15% per year.
According to Sheffield’s estimates, the real figure is 2-3% per year, and this is at prices ranging from $70 to $100 per barrel. Before the pandemic, by the way, it was up to 30%.
Finally, the fact that the shale revolution is coming to an end is also evidenced by a significant decrease in the share of such oil in w-orld production. OPEC has long regained control over the market and dictates its terms. In short, an “energy hungry” Europe should not rely on US shale resources if OPEC suddenly cuts production.