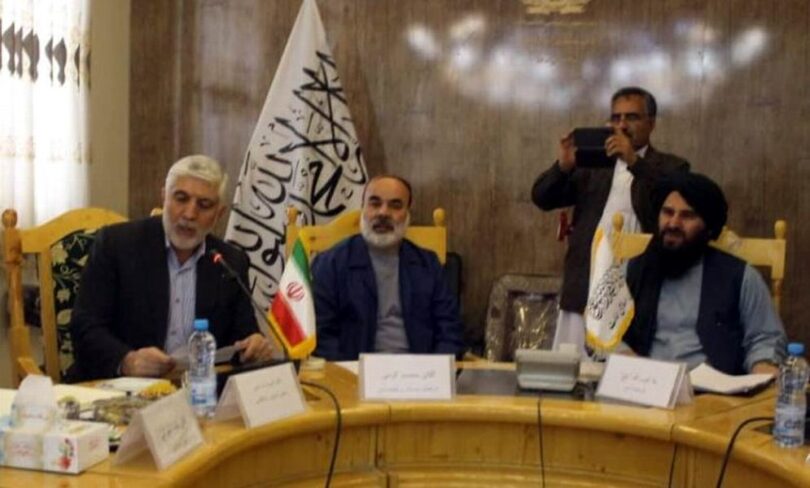 KABUL (Agencies): Nimroz Governor, Mullah Najibullah Rafi met with senior delegation of Iran’s Sistan and Baluchestan Province, Dr. Mohammad Karmi, and the officials of the civil and military departments of the province.
Governor of Nimroz, Mullah Najibullah Rafi, in this meeting talked about the importance of good ties between the two countries, the fight against human trafficking and drugs. He stated the fight against these phenomena as one of the priorities of the Islamic Emirate and the local administration.
Governor Rafi asked the Iranian delegation to treat the Afghan refugees well and called this action effective for strengthening the relations between the two countries.
For his part, the Governor of Sistan and Baluchistan, Dr. Mohammad Karmi said that complete victory of Muslims can be attained with unity, solidarity and acceptance of each other.
Aiming to strengthen the good ties between Afghanistan and Iran, economic and security committees were formed after discussion and exchange of views.
The meeting, stressed that in order to promote trade between the two provinces, 24 hours the Silk Bridge should be open to transit vehicles and at least 600 transit vehicles travel on it daily.