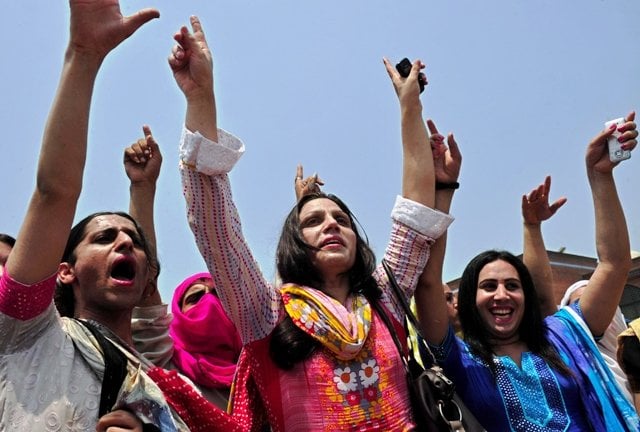 KARACHI (INP): The Sindh cabinet on Friday approved reserved seats for the local government councils. As per the official sources, these reserved seats are for six categories. They include women, youth, labourers/farmers, non-Muslims, special persons and transgenders.
The Sindh cabinet meeting, chaired by Chief Minister Syed Murad Ali Shah, fixed the price of sugarcane at Rs302 per 40kg. It also approved the start of crushing season from November 20. The provincial cabinet also decided to fix quality premium at Rs0.50 per 40kg.
It is to be noted here that the Punjab government has fixed the price of sugarcane at Rs300 per 40kg. The Sindh Home Department reduced the span of the sentence of nine prisoners convicted by the Anti-Terrorism Court on the basis of education. The prisoners whose sentence had been reduced by months between six and 22 passed the Adib, Matriculation and Intermediate exams.
Abdul Jabbar, Muhammad Ali, Syed Amir Hussain, Khalid Abbas, Syed Shahzad, Ali Raza, Syed Nair Raza and Khalid Aziz were among the prisoners whose sentences were pardoned. It merits a mention here that there is a remission of punishment for six months for passing Adib Urdu/Sindh, Matriculation and Intermediate exams.
A debate was also held on Baldia Fire Compensation Case during the cabinet meeting. The Baldia Factory caught fire on November 11, 2012. Over 200 workers had burnt alive in that fire. It was told in the meeting that the German company gave $1 million to compensate the dead and injured workers of the Baldia Factory. “The Sindh Employees Social Security Institution (SESSI) is giving pensions to the families of the deceased on a monthly basis,” it was said.
The cabinet also approved handing over the control of the malnutrition programme to the PPHI. The Sindh government had started the Food Emergency Programme in 2016 under the Accelerated Action Plan. “The Health Department achieved the Accelerated Action Plan’s targets. A budget of Rs2.9 billion has been allocated for the year 2022-23,” the meeting was told.
The provincial cabinet also approved the purchase of buses for Rs1.7 billion on the request of the transport minister. The Transport Department will purchase 43 new buses for the People’s Bus Service in the year 2022-23. Culture Minister Sardar Shah requested the cabinet to run buses for tourism as well.
The Sindh chief minister directed the culture minister to submit his proposal in writing. The provincial cabinet also endorsed the agreement with the Anti-Narcotics Force (ANF) to run four drug rehabilitation centres. The proposed rehabilitation centres are located in Karachi. The cabinet also reiterated its vow to make Karachi drug-free. Provincial ministers, advisors, special assistants, chief secretary, P&D chairman, principal secretary to Sindh chief minister and secretaries concerned attended the meeting.