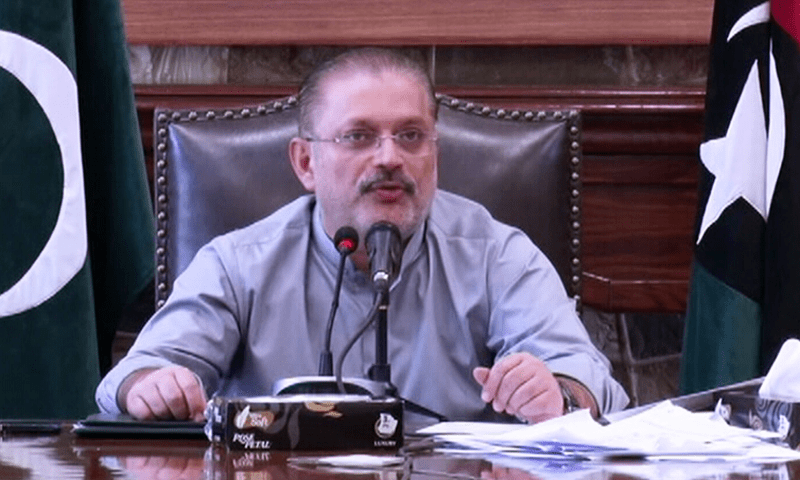 F.P. Report
KARACHI: Wheat quota of flour mills in Sindh has been increased and flour will be available at Rs 95 per kg across the province on general shops / open market, besides atta at subsidies rates Rs. 65 will also continued at 1100 sale points of Sindh government across the province. Rs. 1 million compansation to the legal heirs of person died in the tragic incident in Mirpur Khas, during the purchase of flour also announced. These announcement was made by Provincial Information Minister Sharjeel Inam Memon, Food Minister Mukesh Kumar Chawla along with All Pakistan Flour Mills Association representatives in a press conference in Sindh Assembly on Tuesday.
Provincial Information Minister Sharjeel Inam Memon said that there is a flour crisis in the whole of Pakistan, the prices of flour have gone up, but Sindh is the only province in the country where the government is providing flour at Rs. 65 per kg across the province on designated points .He said that 460 trucks have been allocated daily for supply of subsidies flour for Karachi, while 600000 bags of 10 kg are being supplied daily across the province at discounted rates.On which the government is giving subsidy of billions of rupees. He said that only public government can take such decisions for the people.
The provincial minister said that the leadership of the Pakistan People’s Party has strictly instructed the Food Minister Sindh Mukesh Kumar Chawla to bring the prices of flour under control in the open market .In this regard, the quota of flour mills has been increased, Inshallah the price of flour in the open market will come down to Rs.95 per kg from Rs. 150 in a couple of days.He said that the Sindh government has abundant storage of wheat. He added that the Chief Minister Sindh has issued orders to commissioners and deputy commissioners to take strict action against hoarders. He said that the wheat of hoarders will be seized and taken into the custody of the government.
The provincial minister said that there is no restriction on the interprovincial transportation of wheat under the law and any commodity or fruits and vegetables could be transport across the country. But under certain situation, the government decides to ban the inter-provincial transportation of wheat.The provincial minister said that the Sindh government fixed the price of wheat at Rs 4000 per maund for the upcoming season, which was criticized, but now other provinces are also praising the decision. He said that imported wheat cost at Rs 9000 and its quality is also not satisfactory as it is mixed with local wheat for consuming.
So why don’t we give Rs. 4000 to our own farmer. He said that the Sindh government had taken this decision to support the farmers and encourage them to grow wheat crop.The provincial minister said that flour is the most expensive in Khyber Pakhtunkhwa and it is being sold at Rs 160 per kg where PTI is the in power . On this occasion, Food Minister Mukesh Kumar Chawla said that Chairman Bilawal Bhutto Zardari, former President Asif Ali Zardari and Sindh Chief Minister Syed Murad Ali Shah took notice of the rising prices of flour in the open market and directed him to take measures to control prices. The provincial food minister said that he held meetings with the representatives of All Pakistan Flour Mills Association and in the final round asked the association for suggestions to reduce the prices of flour in the open market.
On which the Flour Mills Association suggested to increase the quota of wheat to the flour mills. He said that with the cooperation of Flour Mills Association, the price of flour in the open market in Sindh will be brought down to Rs. 95 per kg in couple of days. He said that the Punjab government has also increased the quota of wheat to flour mills, where the price of flour has come down from Rs 120 per kg from Rs. 160 .He said that after increasing the quota in Sindh, flour rates will decrease to Rs 95 from Rs. 150 in the open market.
He said that the Sindh government has abundant stocks of wheat. While Flour Mills Association also has its own private stock. He said that the ship carrying wheat has reached Karachi last night.Another ship is arriving at Gwadar port. Mukesh Kumar Chawla said that the policy has been made in collaboration with Flour Mills Association to provide maximum relief to the people.He said that two days ago, a tragic incident took place during the stampede in Mirpurkhas, in which one person died. He announced that the legal heirs of the deceased will be given Rs 1 million as aid by the Sindh government.
On this occasion Chaudhry Muhammad Yusuf, senior representative of Flour mills Association said that atta rates had remained cheaper in Sindh compare to other parts of country . He said that after meetings with food minister, Flour mills have started getting additional quota of wheat. They will ensure atta at Rs. 95 per kg of flour in the open market in a couple of days. He said that despite the fact that Sindh had been devastated by recent floods, but still atta prices remained low in the province in comparison to other parts of country.